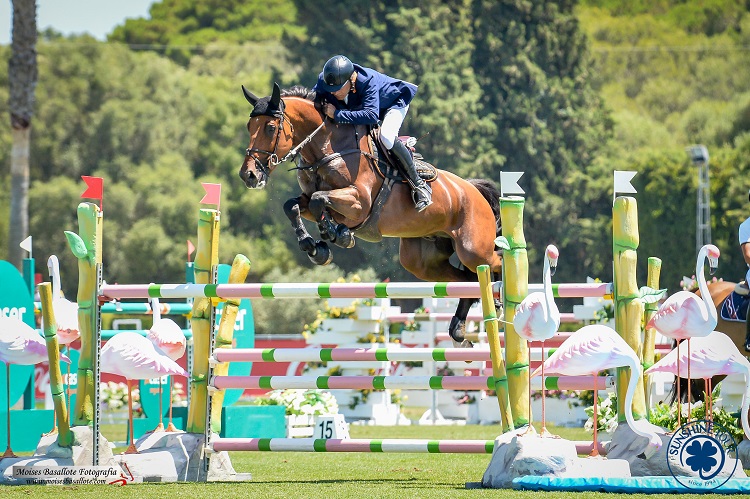 Over the past three weeks here at the’ Montenmedio Summer Tour,’ almost 190,000€ in prize money has been distributed. The installations that hold the annual Sunshine Tour, have easily adapted for this Summer Tour with all sanitary and security protocols running smoothly. The installations will now be prepared for the Autumn Tour that will run from the 10th of September until the 29th of November, 2020, and will be made up of a total of 6 competitions.

Montenmedio is a superb place to both enjoy the competition facilities and atmosphere and to relax and explore the unique surrounding area of Vejer de la Frontera with easy access to many other wonderful attractions. At this time of the year the weather is very pleasant and ideal to explore the local countryside, towns like Cadiz, Jerez and Seville and the wonderful beaches of Conil, Barbate, Zahara de Los Atunes and Caños de Meca, all of which makes this competition in to a dream location for a relaxing vacation.

After arriving just this week with two of his horses, the winner of the last Grand Prix of the Tour, was the Dutch rider, Henk van de Pol with LOOYMAN Z (NUMERO UNO x WELLINGTON). This was a FEI Ranking class and the course was challenging. Only 6 riders managed a clear round to get into the jump off from 43 starters, added to that, our winners are the only pair to jump clear in all of their classes this week. Henk van de Pol is a well known, successful Dutch rider who was 53 last Monday. He participated in the World Cup Finals of 1994 and 1997 and is a regular here at the Sunshine Tour.

Second place was taken by the Brazilian rider Pedo Veniss with BOECKMANNS LORD PEZI JUNIOR (LORD PEZI x QUATTRO 7)and in third was Mariano Martínez Bastida with BELANO VD WIJNHOEVE Z (BERLIN x DARCO), who was also the winner of the 2,000€ ClipMyHorse prize to the best placed Spanish rider subscribed to the channel.

The winner of the Pony A class was Judith de Alba; B: Mar Valdés; C: Paola Chaves and D: Blanca Valdés, all riding to gain points to classify for the Spanish Pony Championships.

So from the Summer Tour we move on to the Autumn Tour, we hope that you will put these dates in your diary and look forward to seeing you all very soon once again here at Montenmedio. The Tour will run from 10th Sept-29th Nov in three blocks each consisting of two weeks, with one rest week between.

All details will soon be published on our web site www.sunshinetour.net.