And we are under starter’s orders at the Spanish Showjumping Championships! 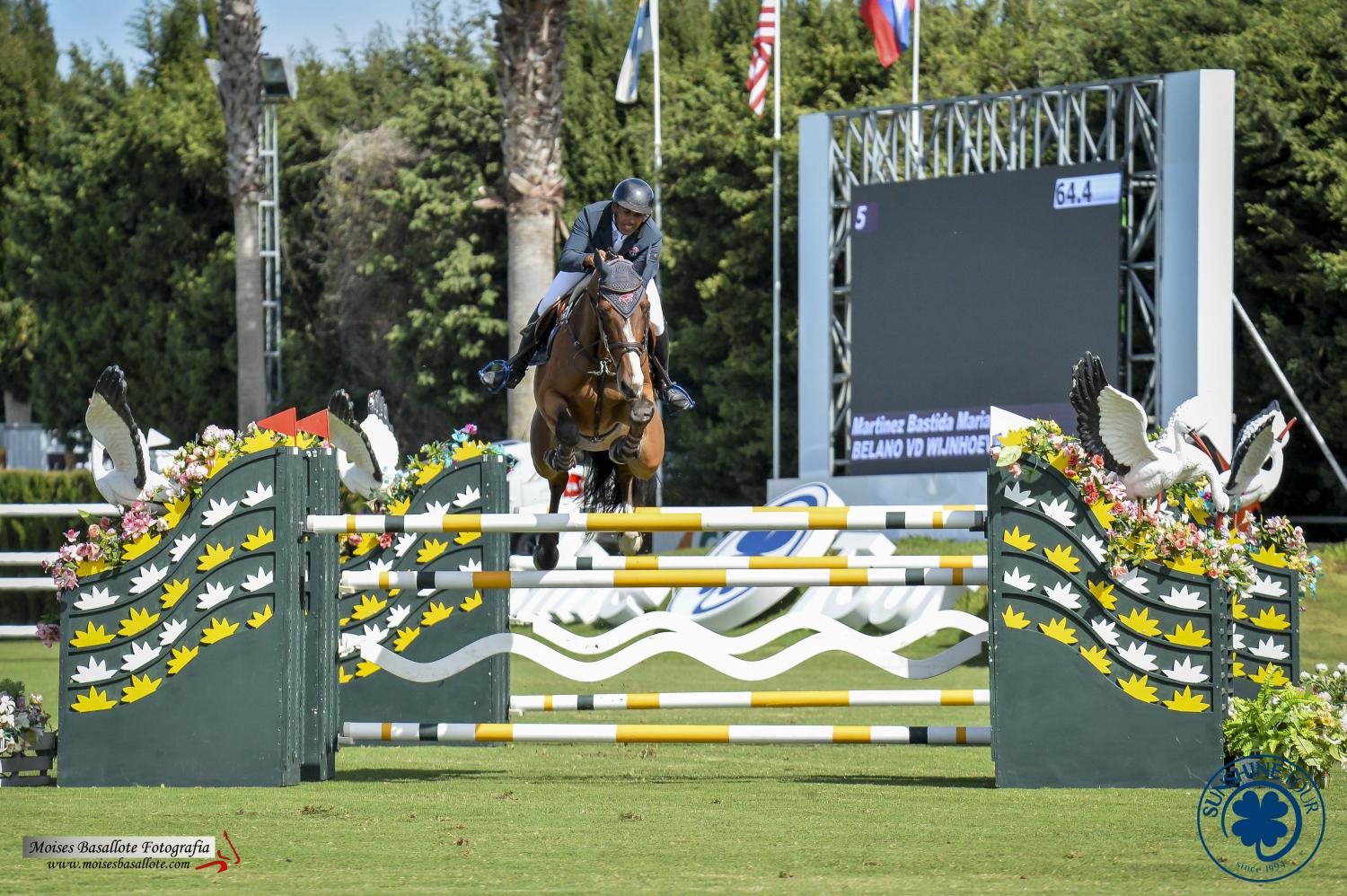 Today Dehesa Montenmedio’s showground played host to the start of the Spanish Showjumping Championships holding both the Absolute Championship and the Classic Championship Categories at 1.10m, 1.20m and 1.30m.

In the Senior class  there were 27 riders who began their championship challenges that will continue over the rest of this week.  In the end, the top position was taken by the well known rider Mariano Martínez Bastida with Belano VD Wijnhoeve Z. The Course designer was Javier Trénor, who is the elected designer for these Championships.  Javier told us he was satisfied with the first day of jumping here at Montenmedio and added that today’s results may well prevent the need for a jump off for gold on Sunday.

Still sitting in silver position is Alberto Márquez Galobardes riding Aldo du Manoir.  Madrid based rider,Santiago Nuñez with Valentino de Hus took bronze place today.  Ismael García Roque who took gold in this Championship in 2019 and Eduardo Álvarez Aznar who holds current bronze, are also both in the runnings to win medals in this years 2021 Championships.

Competition kicked off in the Milton arena with the Classic 1.30m class. There were 75 riders competing over a course of 12 jumps, with a notable number of clears and run under Table A (FT).  The winner was Jorge Bidón Daurella riding a 7yr old mare ‘Duska’ by Diamant de Semilly. Just a few seconds behind was Almudena Terrasa riding Spotlight S (Spartacus TN x Carentan) and in third was Iñigo Fernández de Mesa and Casper de Luxe, an 8yr old hannoverian, previously ridden by Carolina Aresu in the Young Horse Classes here in Spain.

43 riders took part in the Classic Championship 1.10m class, held in the Baloubet du Rouet arena (8).  This was a straightforward class with the winner’s time way ahead of the other riders’.  Leticia Ortiz flew round to take the top of the podium on Cawavanta. Jenifer Sierra and Alejandra Masoliver took the next two spots on the podium both putting up a clear challenge for medals in this category, although there are still two more days of competition to go.

In the Classic 1.20m class there were 75 competitors. A well deserved top place went to Silvia Diaz Sanz riding Grupo Prom Vivaldi de Semilly with a very fast clear.  Just behind was Francisco Campos riding Exodus into silver position closely chased by Jorge Juan Ruiz Ramírez and Sweet Dreams who were merely 0.02 of a second slower! These three riders are currently top favourites in this category. Competition begins again tomorrow at 09:00.

Running alongside the above, there were 4 complementary classes ranging in height from 1.10m to 1.35m and also the Young Rider and the Classic 1.40m riders had their familiarisation classes before they start to compete tomorrow.  Overall a very busy successful day of jumping. The first Classic classification, 1.40m class is at 09:00 tomorrow and the Young Riders are at 13:00.