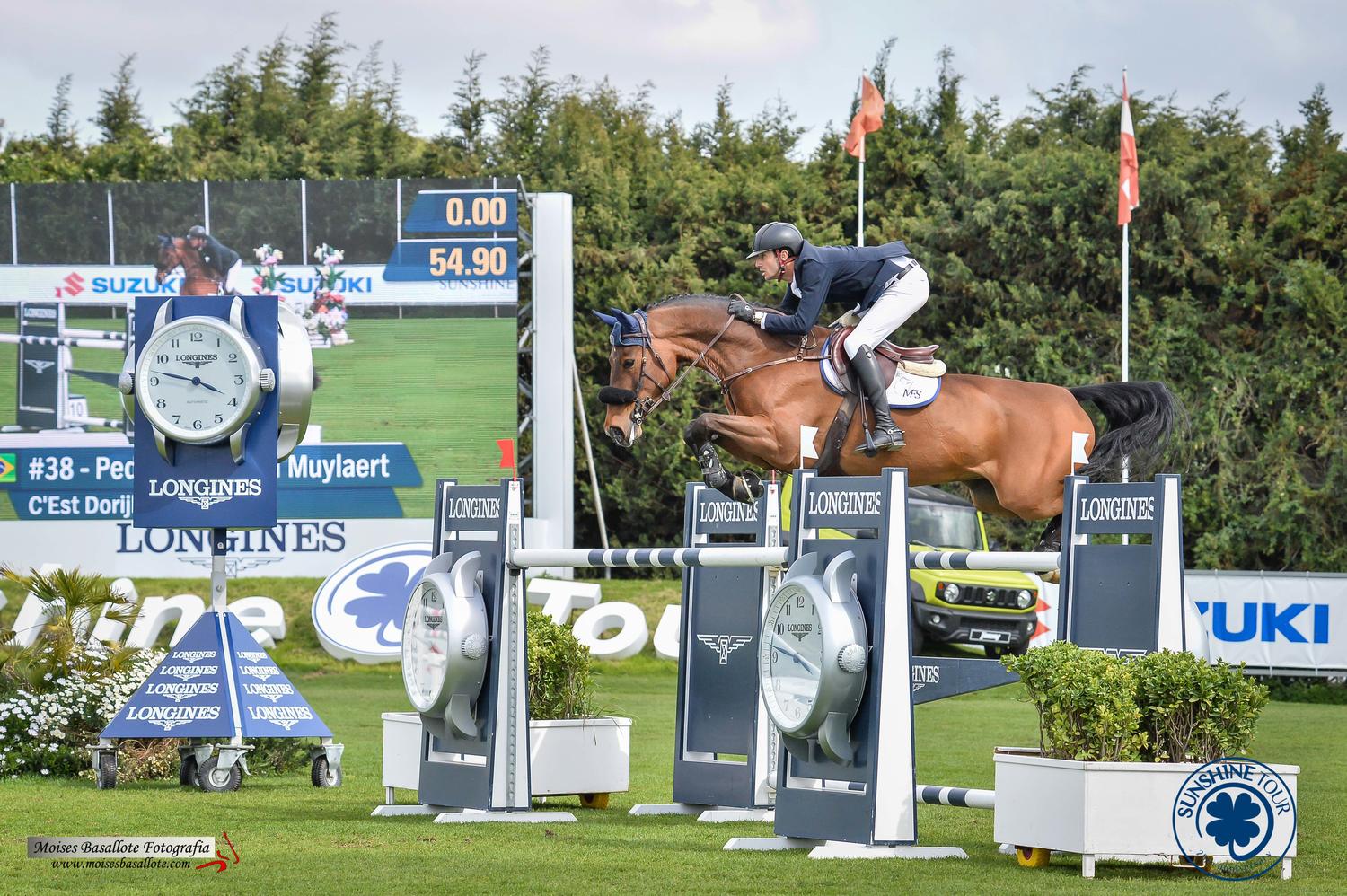 There were 2 FEI Longines Ranking classes at the Sunshine Tour today.

The 1.50m Big Tour Ranking class, was sponsored by the hotel chain, Hipotels.  Top of the leaderboard, after a 16 horse jump off, was the Brazilian rider Pedro Junqueira and his 12yr old mare, “C’est Dorijke”.  Close on his heels was Angelie Von Essen from Sweden, riding another mare, “Cochella”.  In third place was the Turkish rider Omer Karaevli on “Roso au Crosnier”, a horse he has been successful competing on for 6 years.

The second, 1.45m Longines Ranking class was also won by a Brazilian rider, this time the very successful Pedro Veniss and “Anaya set Hermelle”.  Pedro and this mare have proven that their partnership works to perfection with a total of 4 wins during this Tour and they were almost 2s faster than the Italian Luca Moneta who was second.

There were British winners in all the other classes of the Big Tour.  Jake Saywell, Matthew Sampson and Jodie Hall won the 1.40m, 1.35m and the 1.30m (resp).

The 1.40m, Medium Tour C was won by the young Irish rider Darragh Ryan who rides for Cian O’Connor. There were 44 entries in this class and the Best Turned Out Groom’s Award, sponsored by Molly Ohrstrom, was given today in honour of Vicente Quinta”.  The award was won by Dannika Cobley who grooms for the Slovakian rider, Gag Riossa.