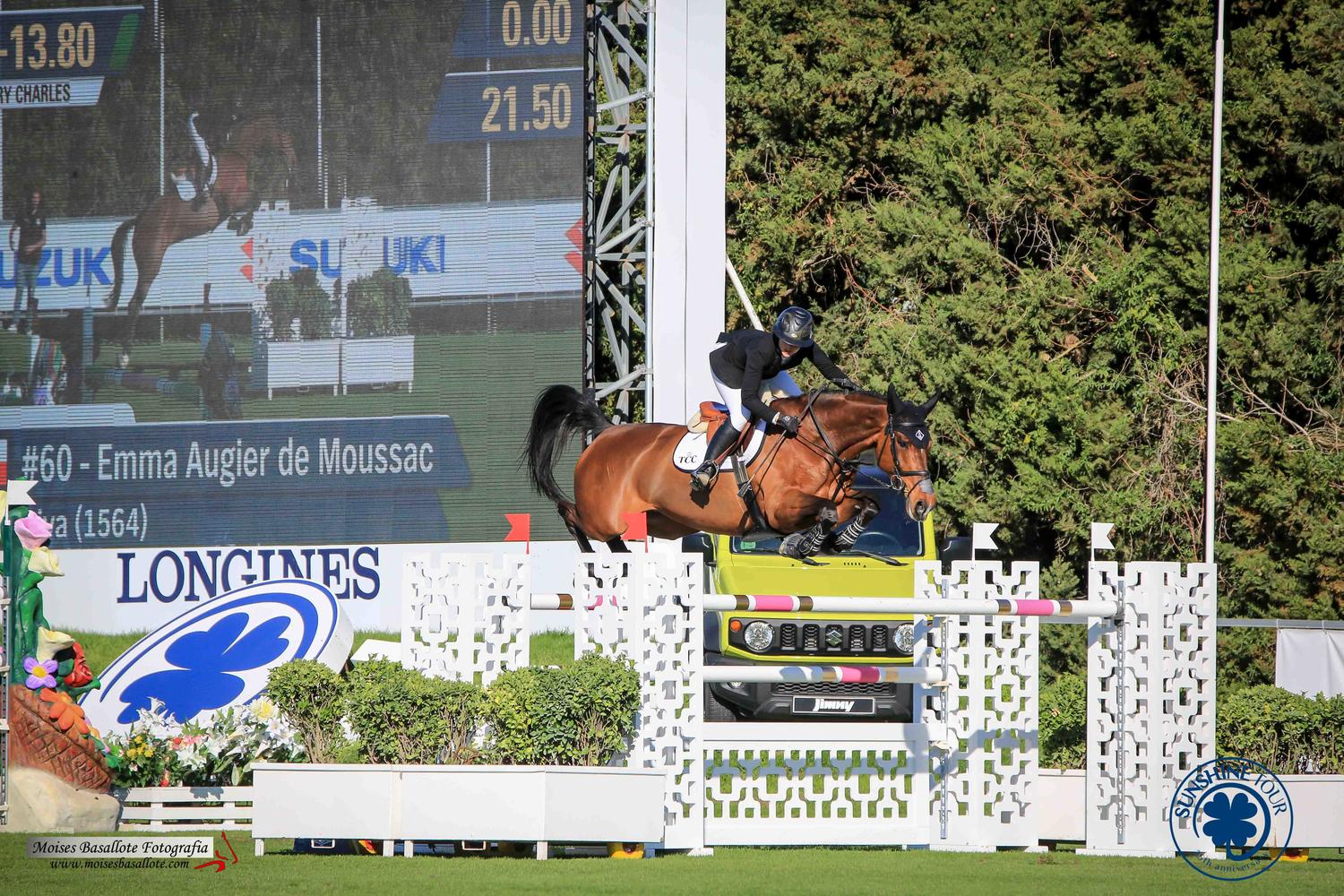 It was a day of intense competition at the second CSI4*, here at the Sunshine Tour on its 25th anniversary.

It was a day of intense competition at the second CSI4*, here at the Sunshine Tour on its 25th anniversary.

Today the Czech anthem rang across the show grounds as the winner of the 1.50m, Cruzcampo sponsored GP class, was Emma Augier de Moussac and her wonderful 11yr old mare,“Diva”.  There were 15 horses through to the jump off and Emma won the class on an amazing time of just 35.18s.  Emma and “Diva” participated in the World Equestrian Games at Tryon and the pair have successfully competed here at the Sunshine Tour, for the last four years.

The young British rider, Harry Charles, son of the famous Peter Charles, has just returned from competing in the LGCT in Doha. Today Harry and “Lordanos Junior” took a well deserved second place, in 35.48s.  In third was the French rider Emeric George riding “Chopin des Hayettes” another 11 yr old horse who has partnered Emeric in both the World Cup and the Nations Cup.

In the 1.45m C, class there were two Spanish riders in the top three placings.  Diana Marsá was the winner riding “Andi D Emiralia”. Slipping neatly in to second place was the Belgian rider Dominique Hendrickx and in third was Patricia Segura. Jake Saywell riding “Touch of Chilly” was the winner of the 1.40m, B class.

The Medium Tour, 1.40m, was a 2 phase class. There were 71 entries and it was held in the David Broome arena. The winner was the very successful British rider, Alison Bartonriding a fast round on“Saphirand only just pipping, the very fast Irish rider Greg Broderick, to the post on “Hybernia”.   Third place was taken by another British rider,Reece Oliver.

The 1.35m class had a very tight time allowed which caught out more than 10 riders from the 52 entrants.  Nicola Pohl from Germany, and “Quilata” were the winners.  British riders took both second and third, this time, Charlie Jones and once again, Alison Barton (resp).