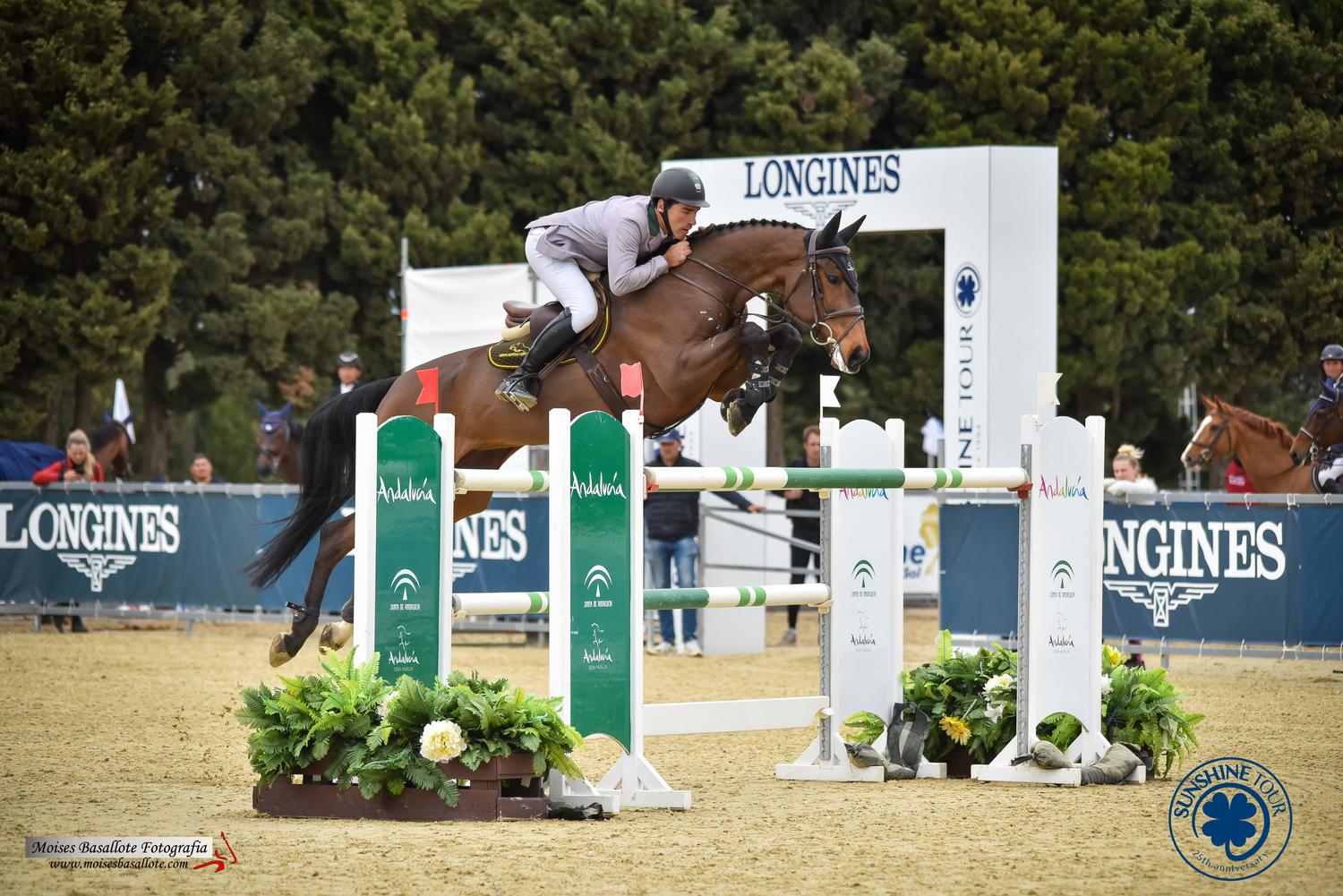 The second CSI3*, with three Big Tour classes, kicked, off today with many newly arrived riders hitting the arenas

The Young Horses finished today after a week of very classy jumping, they now have the weekend to rest, and the more experienced horses started off the Big Tour today with three classes, thus opening this week’s CSI3*here at Montenmedio.

The Brazilian rider Francisco José Mesquita Musa was the star of the day winning the 1.50m speed class, with the 12yr old mare “Catch me Imperio Egipcio”. Mesquita has had a run of good results in various 5* international shows with this mare since he started riding her in 2017. Today their time of 61.1sec, was nearly 2 seconds faster than Henk Van de Pol from the Netherlands who was riding “Looyman Z” and took second place. Third was the American rider, Julie Welles with “Ambra”.

The optimum time in the 1.40m class was very tight. The class was won by the Belgian rider Bart Clarys with the mare, “Katinka V.H. Blondeveld”. In second place was another American rider, Michael Hughes with “Jeco Van Het Swennenhog” and in third was the well known Portuguese rider Duarte Seabra riding “MHS Fernhill”.

There were 104 riders in the 1.35m which was won by the French rider Laurent Goffinet on the 11yr old mare “Valkyrie Condeene”. Kevin González de Zárate from Spain, who has just arrived, took second  place with“Ragga Muffin”. His brother Alvaro also had a great day winning the B Section of the 7yr old class which was held in the HIckstead arena and was the first time the 7yr olds had jumped water here at the Tour. The British rider, Emma Stoker took both second and third place and once again proved that she is a force to be reckoned with in these classes.

Section A of the 7yr olds was won by another British rider, Ellen Whitaker, riding “Icaterina” which will add to her birthday celebrations. The Turkish rider Omer Karaevli was second with Helmut Schonstetter from Germany, taking third.

The Spanish rider Diana Marsá also had a great day today with “Sisko Demiralia” as she won section A of the 5 yr olds. Jude Burgess (GBR) riding“Pretty Woman van Loheky” also had a great round winning Section B.