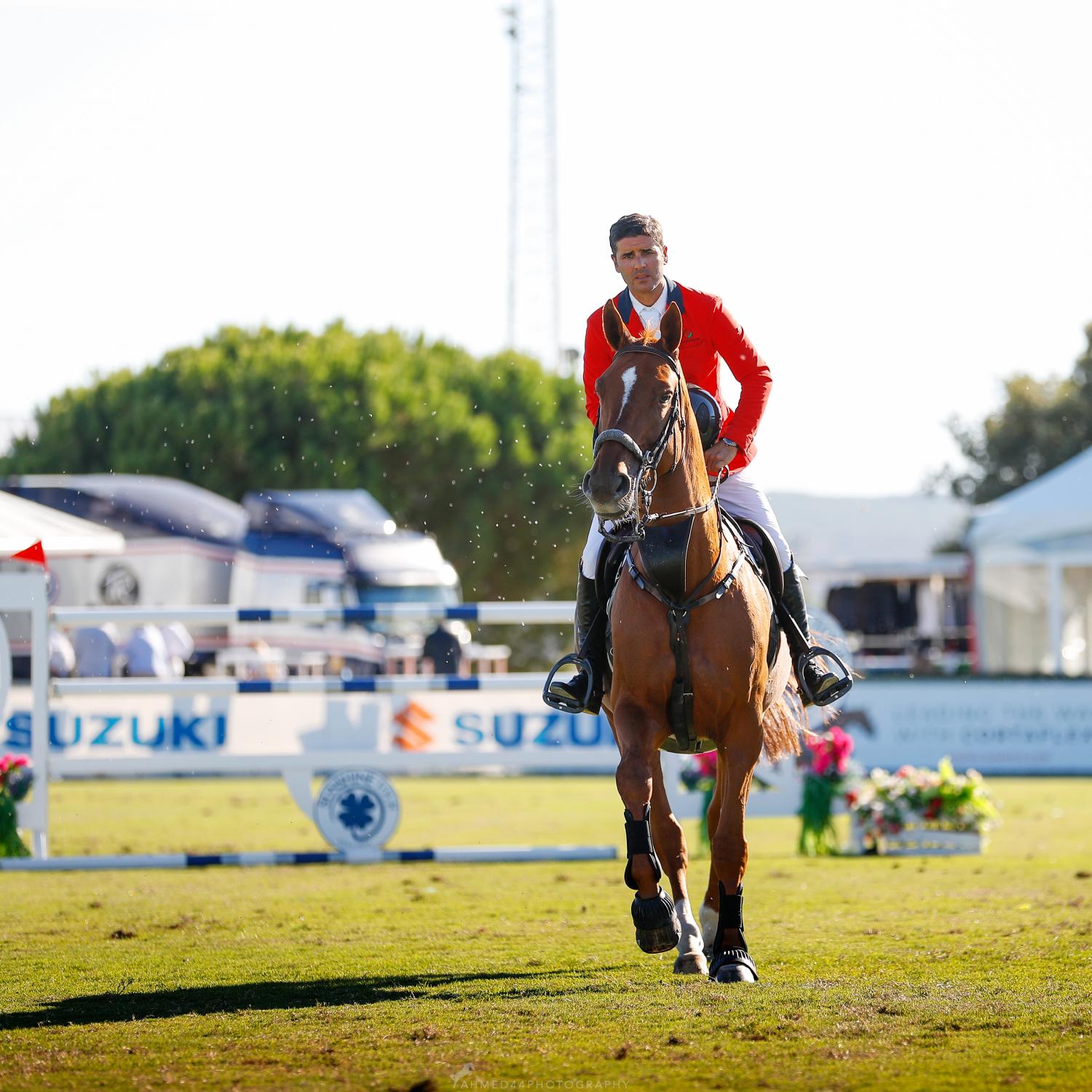 The Young Rider Championship started up today with the talented rider from Asturias, Javier Gutiérrez Rilo at the top of the leaderboard.

In the second qualifying round of the Spanish Showjumping, Absolute Championships, there was only one double clear from the talented Canarian rider,  Ismael García Roque, who jumped a foot perfect round to win the class, with the lovely 10yr old chestnut mare La Costa (Gitano V Berkenbroeck x Calvino Z). This talented pair have only accumulated 1.76 faults since February and now sit at the top of the Championship leaderboard.

Mariano Martínez Bastida, was the current leader of the championship until he had one pole down with Belano VD Wijnhoeve Z in the double combination in the first round. With these 4 faults he moves into second place overall.  Currently in third place is Álvaro González de Zárate riding Carte de Blue PS, with a total of 6.14 faults.

In today’s class Iván Serrano also ended up with a great result, coming second and climbing up a total of 5 places in the overall classifications.

The Young Riders had their debut today over an inviting track which resulted in very few fences falling.  Javier Gutiérrez Rilo from Asturias set off in fine style with a rhythm that really suited his 8yr old Zangersheider, Zamarano Z and they take the current lead in the Championship.  Alex Codina did a great job with My Passion VD Donkhoeve and looked very comfortable jumping the 1.40m track. Ignacio Astolfi who is from Seville, was last to go in this class of 15 riders and took a very comfortable third place with Dilan M, really demonstrating their well cemented partnership of 6 seasons.

The Classic competition got off to a flying start in the 1.40m class with Ricardo Jurado taking the win on the very fast Cadum de Champloue (Le Tot de Semilly), the only pair to stop the clock in under 70s.  Despite this and hot on their heels in second place, was the local rider Chechu Torres with the lovely Grupo Prom Numeruswho are also based i Seville. Third place was taken by the Olympic rider Eduardo Álvarez Aznar riding Ike, who is an 8yr old. Eduardo has barely any time to compete with Ike this season but their partnership looked both harmonious and comfortable today in the arena.

Tomorrow is the final day of competition in the Classic Championship classes of 1.10m - 1.20m and 1.30m.