It was a day of intense competition here at Montenmedio 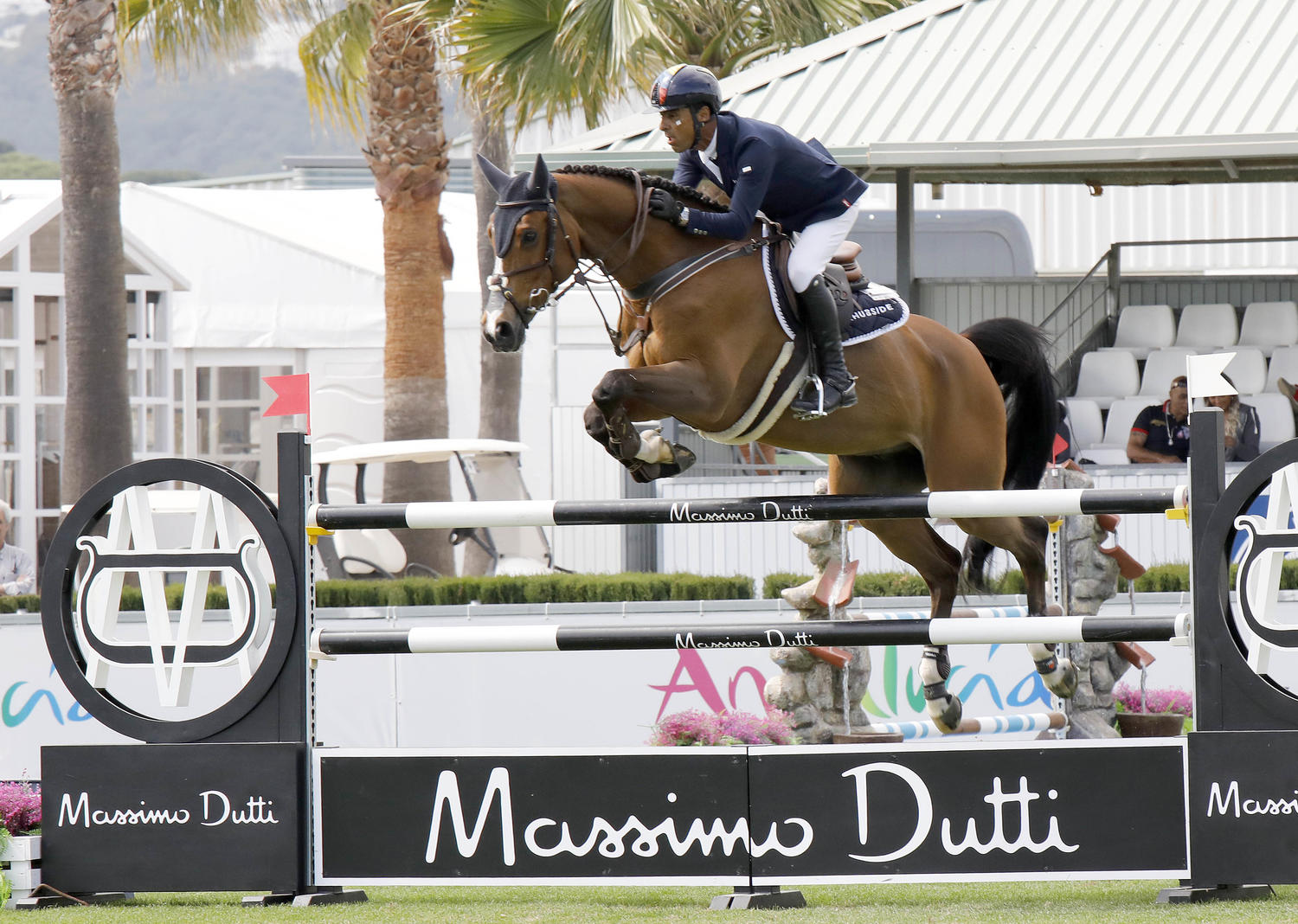 The first section was won by the Columbian rider, Carlos López Lizarazo with “G & C Arrayán”, a horse that he bought from the Spanish rider, Sergio Álvarez Moya two years ago and who the grass arena, number 16, is named after. Second was the British rider Lily Attwood with “Cor-Leon VD Vlierbeek Z” and in third was Michael Pender y “HHS Calais”.

There were also some amazing rounds in the second section, the American rider, Julie Welles won the class riding “Ambra”, Max Thirouin was second and another British rider was third, Matthew Sampson who in 2013 won the Invitational GP.

The Spanish rider Kevin González de Zárate won the 1.40m, two phase, Big Tour B class where there were a lot of very fast riders competing: “there were not many ways to save time so I decided to do as few strides as possible and it worked for me.” Has mount“Ragga Muffin”, is owned by one of his pupils, Silvia Diego, “I am working him regularly here as I do with many of my students’ horses to keep them fit.” he added,“it’s ’s a fast horse, a clean jumper and very powerful, a combination that all riders like, especially me!” In second was the Turkish rider Omer Karaevli with “Gotham City PL” and third was another Spanish rider, Gerardo Menéndez and “Lordana DC”.

The 1.35m class was won by Laurent Goffinet, who was a member of the French team in the World Equestrian Games, in Aachen. He won today with the 12yr old mare “Delphi” and he also took third place with “Valkyrie Condeenne”. Slipping neatly in between, to take second, was the renown American rider, Laura Kraut riding the French bred stallion,“Casco Bay”.

The Young Horses finished off their fifth week of jumping today and they will only have one more opportunity to qualify for the Finals which will be held on Wednesday the 18th of March.

The 7yr old class was well up to height today at 1.40m and the results were good. The winners in Section A were Guillaume Foutrier with “Diane de Lannay, Nicolas Toro con “Ilyon Es” and Kim Emmen with “I Love you M” resp’

The winner of Section B for the third day in a row, was Victor Bettendorf with the very consistent “Concollon PS”, who Victor began riding in June of 2019 and with whom he has already won both qualifiers and Longines Ranking classes.

Regretfully and despite these amazing results here this week, the horse has not completed the criteria to qualify for the Finals next week. In Second place, again repeating yesterday’s results, was the German riderHelmut Schönstetter with ”Neugschwents Concordia”.

Both of the 6yr old sections were again dominated by the practically invincible Dutch rider Kim Emmen. “I have three very good and promising 6yr old horses. I started to rider them about six weeks ago and we have already achieved excellent results with them. “Astrid’s Lad” is full brother to the famous horse that Kent Farrington rides, “Blue Angel””.“Rockwell RC” was second in the first section  of this class and both of these horses have qualified for the finals. Last year “Rockwell RC” was the winner of the 5yr old Young Horse World Championships.“She has a great future ahead of her. Next week we are riding in the Final here.”

The 5yr olds had their debut today in the Hickstead arena which is grass and very large. The course was 1.15m and having no issues at all with it, and winning for the second time this week, was the British rider, Jude Burgess with her mare “Pretty Woman Van Loheky”.

The German rider Gwendoline Van Dievot was the winner of the second section in this age group and was riding “Igor Van Den Dael Z”. Gwendoline has been here at the Tour since week one and has had good results throughout but this week was her first win. “Igor joined the Cityhorse string as a foal and he comes from a breeding line that we are totally confident with. For this very reason we have just bought his sister who was born in 2019. I would like to thank both the Sunshine Tour and the course designers that have allowed us to compete here in these wonderful installations. I have been here since the first week and I have really seen that my horse has improved considerably. Today I noted that he was on his best form ever. The Sunshine Tour is the ideal place to train young horses. Igor is now for sale, but I hope that I can bring him here to compete next year in the 6yr old classes.