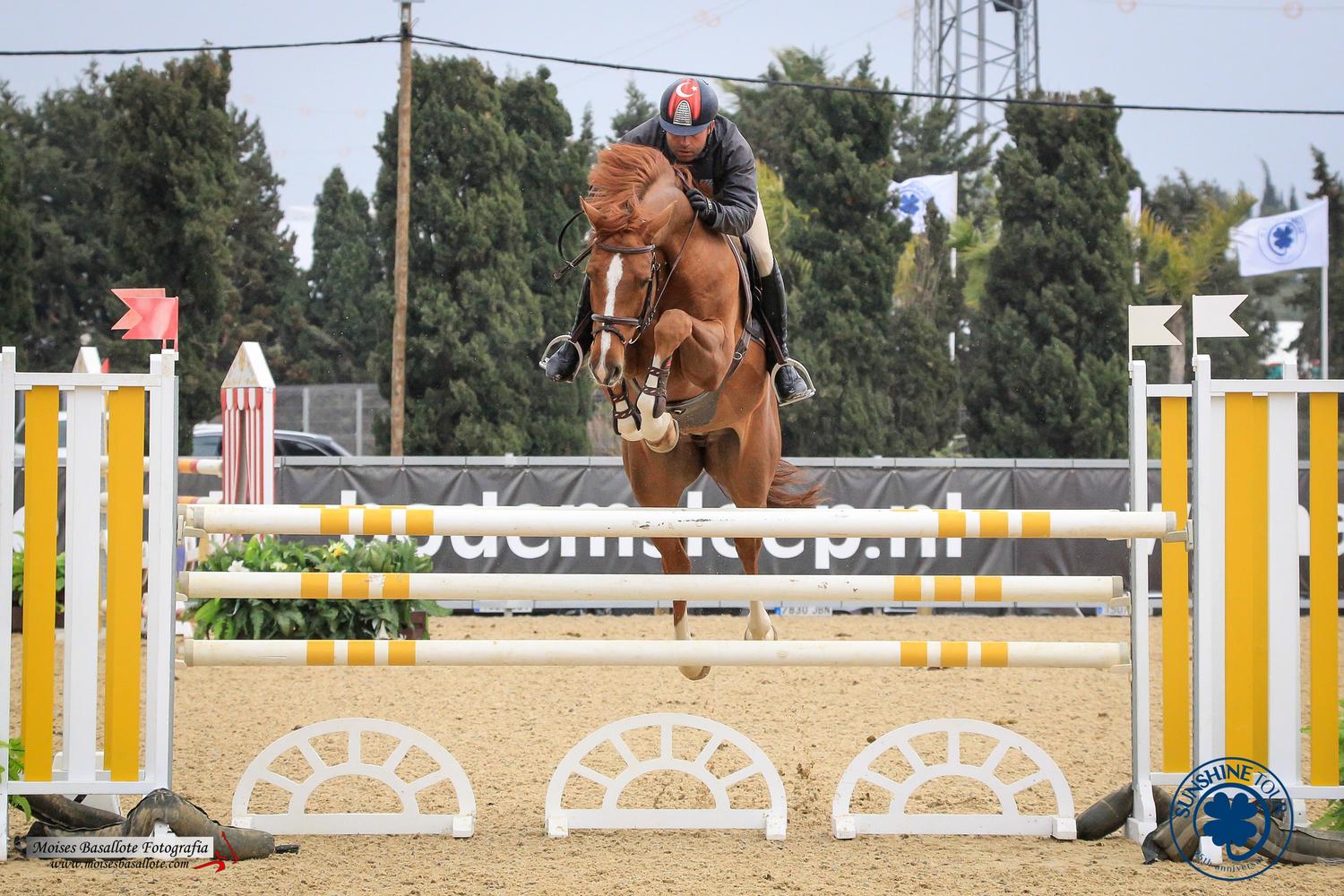 The Turkish rider remains top of the board in the Young Horse classes.

For yet another day, Omer Karaevli takes to the podium, this time in three of the Young Horse classes.  Omer is based in Germany and participated in the Olympic games of 2016 at Rio de Janeiro, becoming the first Turkish rider to do so for 56 years. Today he won the 6yr old B class once again with “Just call me May”, a horse that has jumped clear 10 out of 10 times here at the Tour, a perfect record;  not only jumping ten clears but also taking first place in six of these classes and second place in two.

In section A of this class the Finnish rider Sonia Hungerbuhler was the winner riding “Lolli Pop”.

In the 5yr old A class Dominique Joassin, from Belgium with “Dame de coeur” beat the Swedish rider Amanda Eriksson by more than 2s. This mare has also obtained great results here at the Tour, easily winning her class four times.  Today conditions were little more difficult with high winds and heavy showers of rain, both of which challenged the youngest horses.  Regardless of the weather Omer also took third place with a clear round on “Obabelute M”.

The 5yr old B class was again won by the British rider William Rekert with “Sharpie TW”.  Joel Valles for Spain, was third in a class of 35 competitors.

The 7yr old B class was won by Omer on the very fast and talented stallion “Corragio” and they were almost 5s faster that the American rider Julie Welles who took second place.

In the 7yr old A class, Jérôme Guery was once again on top form with “Massimo” (“Tangelo van de Zuuthoeve x Electro”), another horse that has consistently jumped clear here at the Tour. The horse was bought just a few months back from Alexander Oancea. Jérôme told us “This is a very powerful horse and has a great future to come”

Tomorrow the CSI3* will begin with three Big Tour classes.