The first week of competition at the Sunshine Tour XXVI comes to a close, as the Belgium sounds out 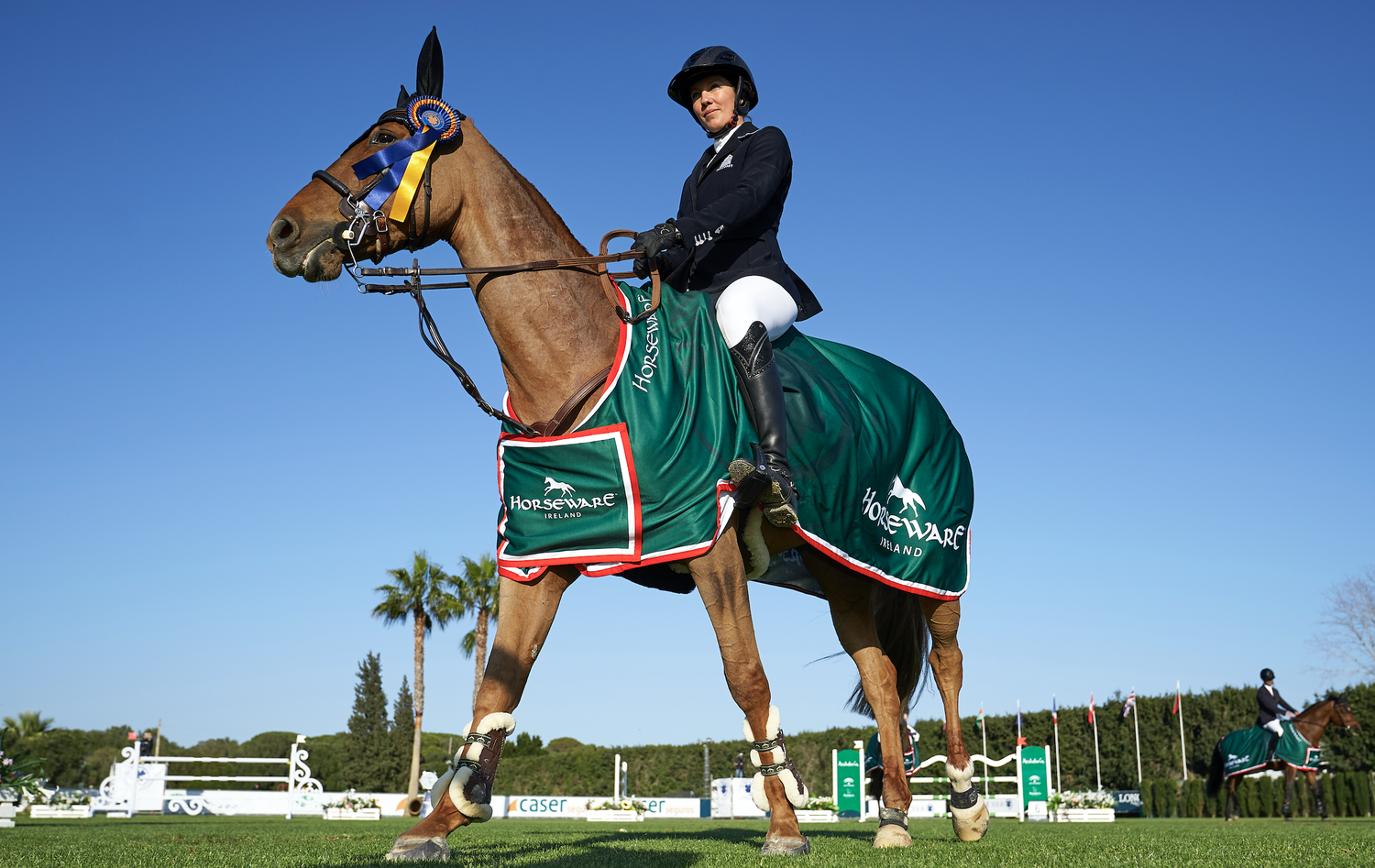 The Big Grand Prix class was sponsored by Horseware

There was a great atmosphere in the stands today at Montenmedio, as the highlight of this CSI2* week, the Big GP class of 26th Sunshine Tour burst in to action. To the winner of the class went the ‘Horseware’ trophy as the first week of the Tour came to an exciting climax.

Belgian rider Gudrun Patteet and her lovely mare “Sea Coast Kashmira Z“ were well deserved winners in an accurate and very fast jump off round. Her time of 38.49 sec was unbeatable and 0.24 sec faster than the young Irish rider, Michael G Duffy who had been in the lead right from the very beginning of the jump off. In the end he took second place with “Flint T.S.”. Third place was the Brazilian rider Pedro Veniss, another regular at the Tour, this time riding “Boeckmanns Lord Pezi Junior”.

Gudrun has only been riding this 10yr old mare for a few months and they have  already won two big international classes. “My plans were to jump this mare at the Tour for a few weeks then bring some other horses for the competitions later on. It’s the first time that I have won a GP here at the Sunshine Tour and I am really happy to do so, I love this show ground and the mare has jumped incredibly today!”

This was a 145m GP designed by Marco Nuñez, with large number of entries 70 in all. 14 riders went clear in the first round and competed in the jump off.

In the 1.40m a Brazilian rider who is based in the Netherlands was top of the podium. Carlos Eduardo Mota Rivas whose nickmane is ‘Kaka’ is one of the  most well known regulars at the Sunshine Tour. Today he won the class with the mare “Jella van ‘T Kathof”, their first victory as a team. Pierre Alain Mortier was second and the British rider, Alice Watson third, completing their good results  achieved over the week.

In the 1.35, 1.30 and 1.25m classes the British, Swiss and Spanish took the honours. Robert Murphy took the Medium Class (1.35m); Pedro Mateos, recently returned to Spain after a stay in Mexico, was the winner of the Small Class (1.30m) with “La Riberena” and once again the Swiss rider, Jane Richard Philips, rounded off a successful week by winning the 1.25m class with the 7yr old “Neptune de Muze”.

Next week the CSIYH and the first CSI3* begin with 1,300 horses set to take to the arenas after passing the vet check on Monday.