The Turkish Anthem rings out at the Sunshine Tour 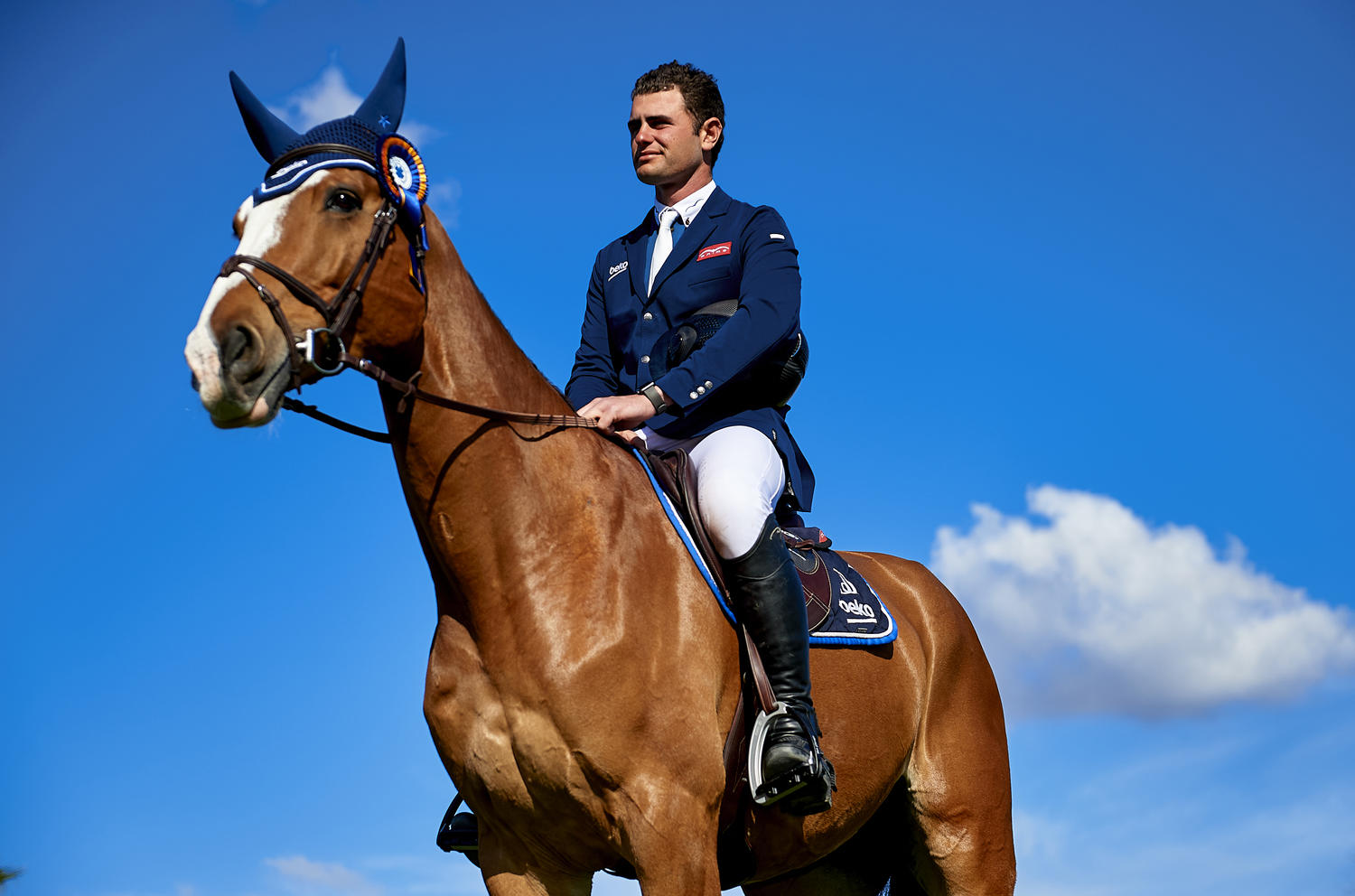 The CSI4* began today with 11 classes, the biggest being the 1.50m, Cadena SER Trophy.

The CSI4* began today with 11 classes, the biggest being the 1.50m, Cadena SER Trophy.  This FEI, Longines Ranking class was won by the young Turkish rider Derin Demirsoy and“Je Suis Van de Bien” In second place wasLaura Kraut (USA), riding “Curious George”, who has been very successful during this Tour.  In third place was Emeric George from France.

On this very windy day, 20 of the 43 entries in the 1.45m went clear in the initial round.  The British rider, Taylor Alexander with “Ryanair de Riverland” was the winner, beating the Canadian, Kara Chad who has shown a great deal of talent over the last few weeks for such a young rider.

In the 1.35m, the Spanish riders, Jesús Bamonde on “AGR Toulalan” andSantiago Nuñez Riva, took second and third places behind the British winner,Matthew Sampson with “Firefly W”. Matthew was also placed in the 1.40mclass and is a regular winner here at the Sunshine Tour.

TheMedium Tour winner was dominated by another Brit, this time the very talented rider, Jay Halim. Jay won the 1.40mwith “Aragon Z” and the 1.35m with “Gentle”.  He was also second in the 1.30m just behind the American rider, Kerry Mc Cahill on “Zuidam” whereas Kerry was second to Jay in the 1.35m class.

The Small tour was where the British ladies shone today. Caroline Breen, Eleanor Hall andLaura Johnson, were the winners of the 1.05m, 1.15m and the 1.25m (resp).