David Will and “Forest Gump 29”, do it again and leave everyone speechless! 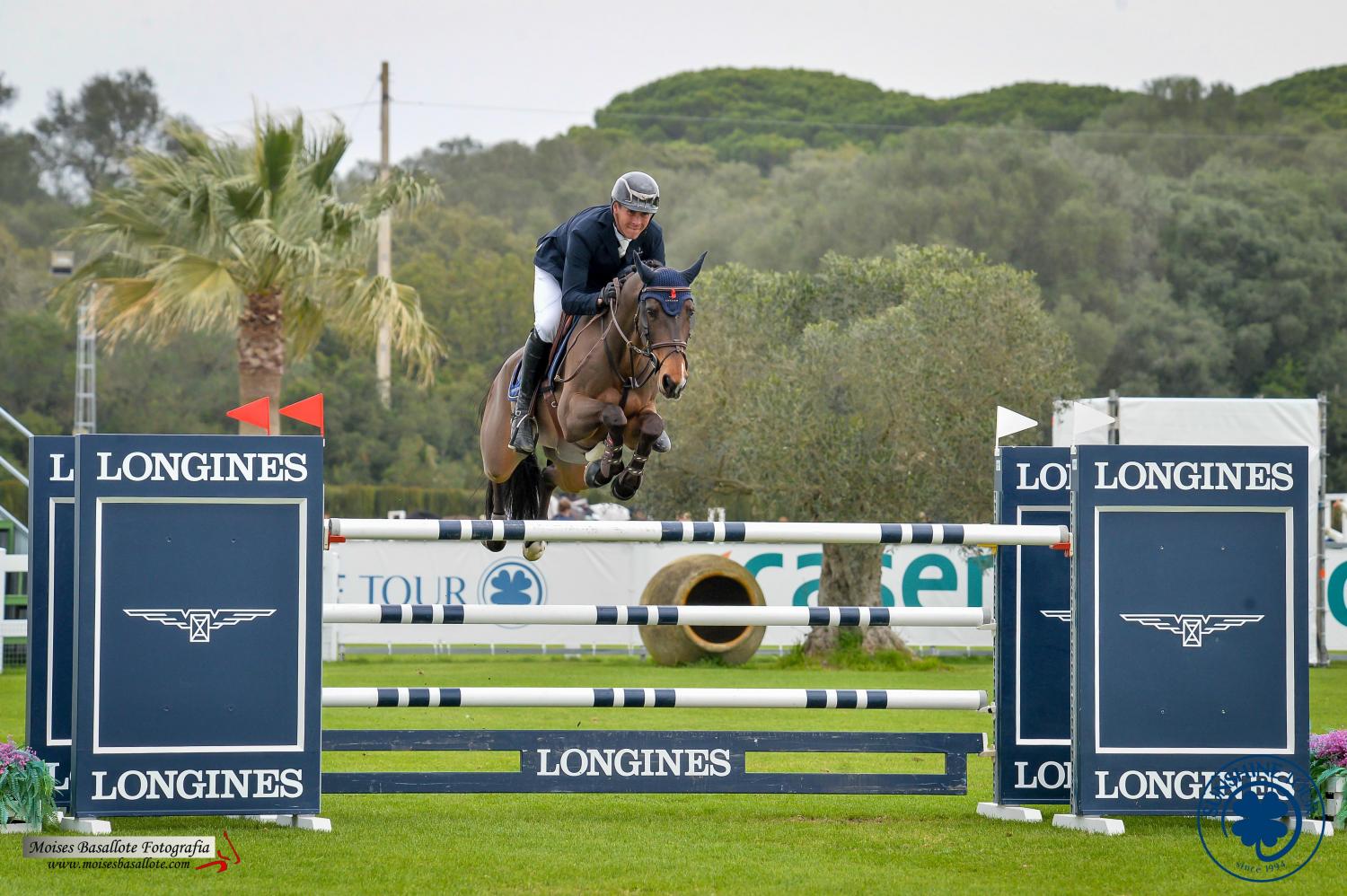 Over a total of €284,000 in prize money will be won over the next four days of competition at this CSI4*.

For the third week in a row the incredible David Will and his 15yr old Oldenberg gelding, “Forest Gump 29” are the winners of the Thursday 1.50m, Big Tour C class that kicks off theCSI4*. The class was held in the main, David Broome arena on grass and designed by designed by Elena Boix.

This was a speed class and the round from the German rider was spectacularly fast, he ending up taking the lead with over three seconds in hand.  Kim Emmen is also known for her speedy and accurate riding around a big track.  Just yesterday she took both first and second place on the podium in the 7yr old final with “Astrid’s Lad” and “Lady Angeles”.  However today she and “Warriors Glory” had to make do with a well deserved second place.

The winner of last Sunday’s Equine America Grand Prix was Gudrun Patteet, and today she took third place on “Sea Coast Pebbles Z”. This was an impressive class to start off this second CSI4 event, with top quality horse and riders competing.  The climax of the week will be on Sunday with the Andalucian Grand Prix class.  Total prize money over the course of the CSI4* is more than 284,00 euros.

The Big Tour 1.45m class was a 2 phase and was won by another German rider, Gerrit Nieberg with the mare “Baynounah FBH”. The class was held in the grass Hickstead arena.  Both second and third places were taken by  Dutch riders.  In second place was Aniek Diks riding the stallion “Winston Jumper R” and in third was Kevin Jochems with “Carte Blanche”.

The Italian rider Paolo Paini was in the top spot in the 1.35m, Big Tour riding “Clodia CSG”.  He told us “I have ridden this mare since she was a 6 yr old and now she is 14!  So I knew her extremely well.  We have won various Longines Ranking classes at home in Rome, in Al Ain and in a few other places.  She is very competitive, careful and fast.  Paolo also said that the mare was returning from an injury:  “and I hope that we return to top level pretty soon.  I’d like to add that she is very special, on a day to day basis she is very spooky but in the arena she is a real winner!

Vicent Voorn was second in this class with “Mark 19” and in third was Richard Kierkegaard with “Contiki”.

In the Medium Tour, 1.45m class the two top places were taken by Egyptian riders.  This was the only class held in the Milton arena today and was well attended with 92 entries.  The time allowed was extremely tight in this class and many riders had time faults.  Karim El Zoghby was riding the aptly named “Feeling Lucky” and took the win,  with Mouda Zedaya hot on his heels taking second place.  Mouda was the first of the two riders to go in this speed class, riding the gelding “Crocket W” and the pair  stopped the clock in a very fast time of 62seconds dead.  There were only a few horses left to jump and Karim with “Feeling Luckey”, who is an 11yr old, KWPN gelding went for the win.  Their round was fast and very accurate and they finished up stopping the clock in 61.47s just ahead of their compatriot in a very exciting finish.

The 1.30m, Medium Tour class was won by the Moroccan rider Mohamed Al Ahrach with“Corinne”.  In second was the Olympic rider, Henk Van de Pol who was riding the gelding “Forlan” that he has competed on since November last year.

The Consolation Classes for the Young Horses were also held today.  The winners in each age group from 7 to 5 respectively were:  “Jasper” ridden by Ignace Philips de Vuyst;  “Celeste RBF Z” ridden by Charlotte Geddes and “Charles” ridden by Jacob Hellström: all finishing off their week successfully here at the Sunshine Tour.

Results in full are available on   www.longinestiming.com.