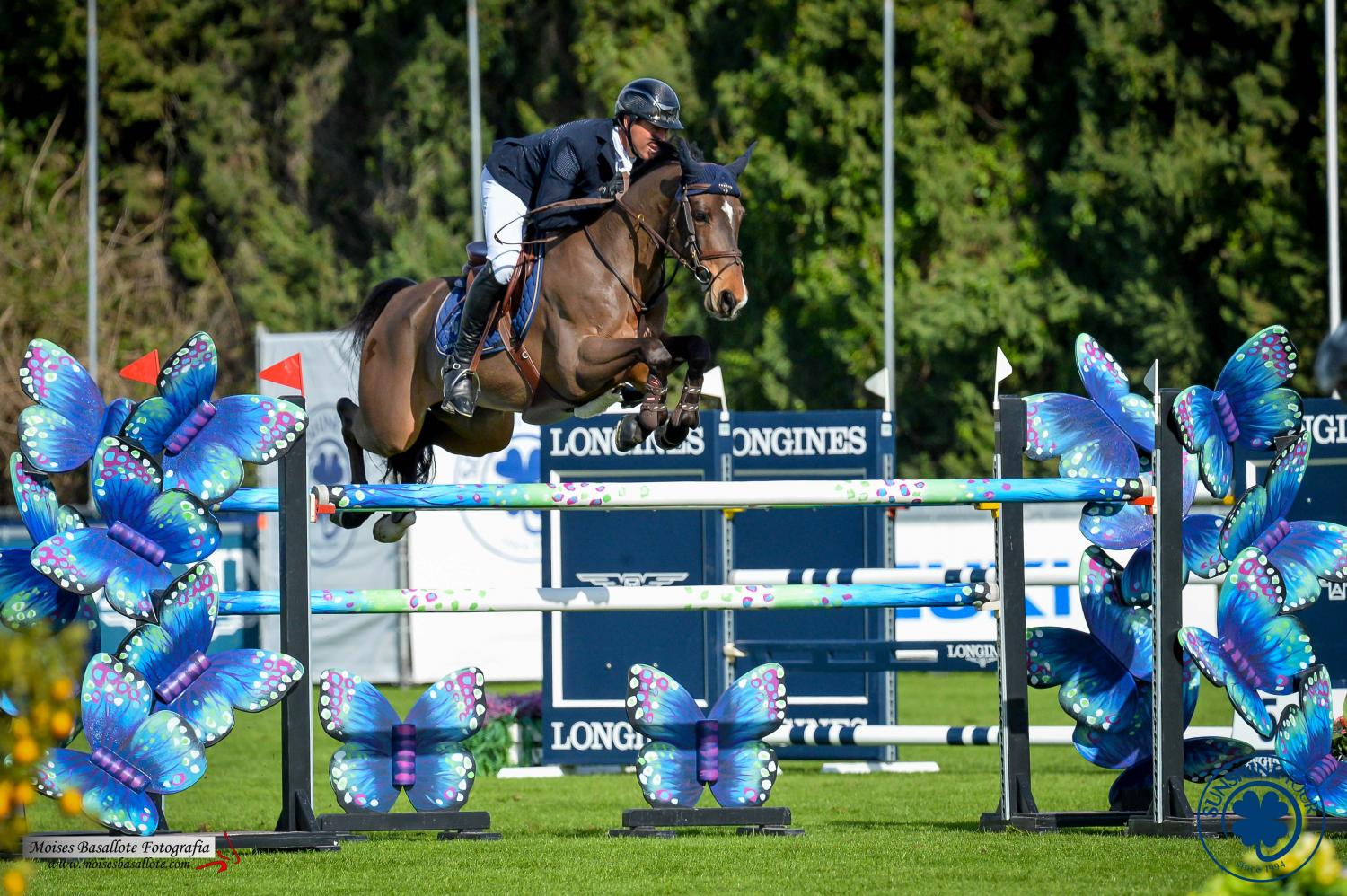 Young Horses give their farewell to the first week of competition

Today the Medium and Big Tour classes started here at the 27th Sunshine Tour and German riders were at the top of their game across the board.  The first Big Tour C class had 57 entries competing on the pristine “David Broome” grass arena over a course by the Dutch course designer Louis Konickx.  This was a 1.50m class held under Table A FT.  The class was won by David Will who is one of the top 50 riders in the Longines FEI World Ranking and today he was riding the very experienced Oldenbourg gelding,“Forest Gump 29”.  In second place was his compatriot and business partner the 23yr old Richard Vogel riding “Morton v’t Merelsnest”, a gelding he has been very successful with in both 3 and 4* and who he has been riding since December 2019.  Third place was taken by the regular Belgium rider here at the Tour, Gudrun Patteet riding the mare, “Sea Coast Monalisa van’t Paradijs”.  Today they had a very good round and are well used to success in this arena as they won two out of the five Grand Prix classes in last year’s Tour.

Richard Vogel really couldn’t have started off his Sunshine Tour better than he has. On top of being second in the biggest class of the day, he also had great success in both the Big Tour B and the Medium Tour C 1.45m classes, with “Never Walk Alone” and “Alentejo”, respectively.  He really is the ‘one to watch’ over the following weeks of the Tour and just in this last year 2020, where there were very few competitions held, he has managed to rise in the  Longines FEI World Ranking from 1094th place right up to 228th.

The Norwegian rider Victoria Gulliksen had a well deserved second place in the Big Tour B class which was held in the Guarana Champeix grass arena. She was riding “Ballenteskin Watch This” and was just a fraction of second faster than the British rider Matthew Samson with the lovely “Cristo Beech”.  Matt, who was the winner of the Longines Grand Prix in 2013 here in Dehesa Montenmedio, also has won the Medium Tour B, 1.40m class today with “Curraghgraigue Obos”.

The Big Tour A class, 1.35m, had two Italian riders on top of the podium.  Paolo Paini and Giulia Martinengo with “Clodia CSG” and “Daytona della Caccia” respectively.

The Hickstead arena was also inaugurated today with the smallest class in the Medium Tour, the 1.30m.  Once again the very fast rider, Ignace Philips de Vuyst showed his class and rode an extremely fast round to win on “Modest VD Vroente” with 4 seconds in hand over the rider in second placed Tom Tarver – Priere and “Ngahiwi Para” who are from New Zealand.

The Young Horse classes finished off their first week of competition today and it is clear to say that there has been an excellent start from the stables of Ignace Philips de Vuyst and his wife Jane Richard Philips; Emma Stoker and Euro Horse and also Kim Emmen with “Lady Angeles” and “ Astrid’s Lad”.