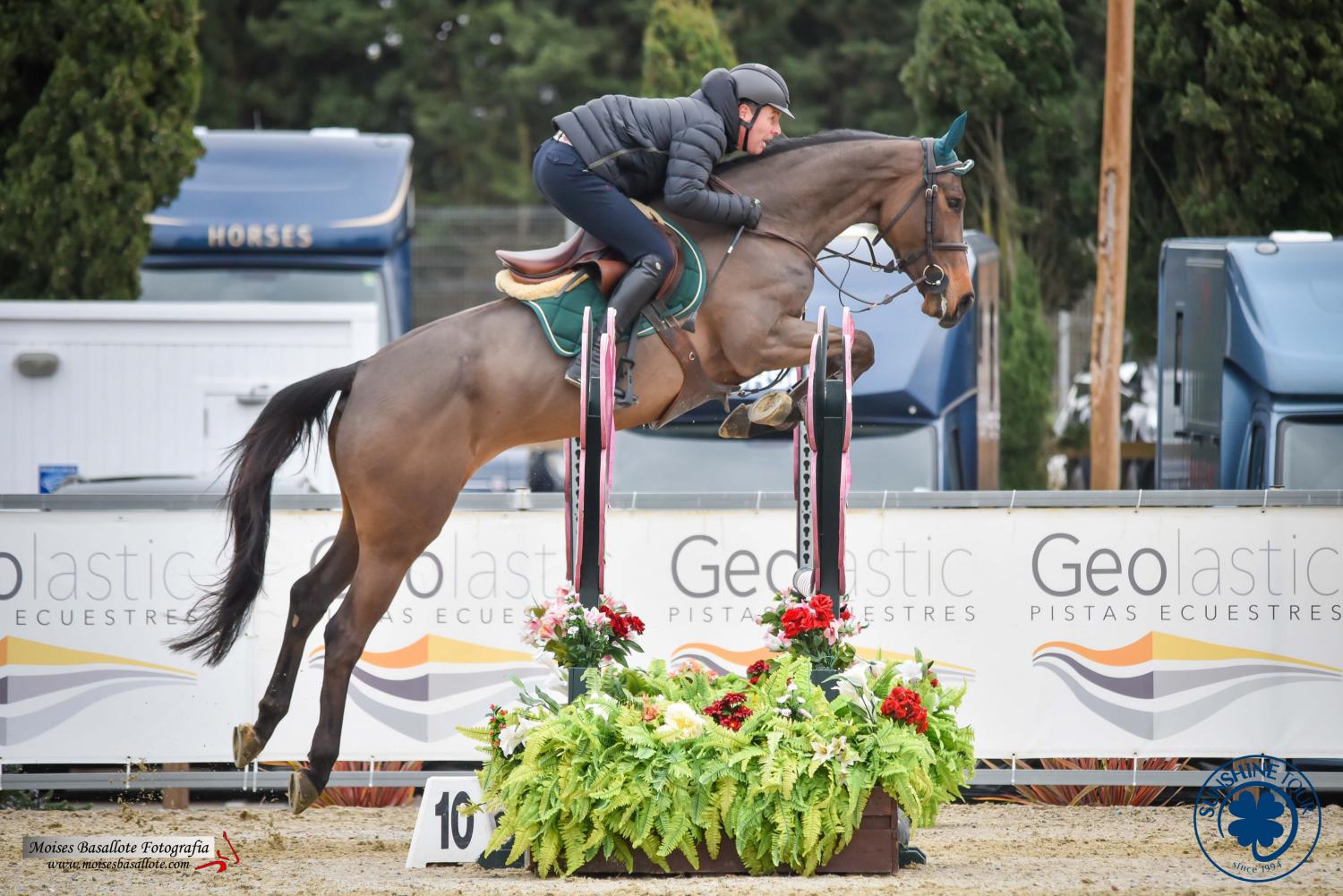 Spanish riders also had a successful day of jumping

Today we have one main protagonist, the Belgian rider Ignace Philips de Vuyst.  This talented rider rode both winners in the two sections of the 7yr old class; “Olivia de Guldenboom” and “Jasper”.  Not only that, he was the winner of one section of the 6yr old class with “Kavanna Eh Z” and topped off his day in the 5yr olds with the mare “Quit Isae de Guldenboom”, who is related to ‘Obelix de Guldenboom’ who was a prolific winner last year here at the Sunshine Tour in the 7yr old classes.

Ignace told us that he was very happy to start off his season here at the Sunshine Tour. “I am very happy with the horses and proud of them as many of them are homebreds.  I am very pleased with the results. The 5yr winner old was at the first show of her life last weekend and is showing a lot of promise.”  Olivia de Guldenboom was also second yesterday in her class and Ignace went on to tell us that:  “she is a fantastic mare and I hope that we can continue with good results over the following weeks, she is also a homebred. My father should be very proud of his homebreds”.

The Spanish riders here at the Tour had a lot of good solid clear rounds.  Those of note  included: in the 7 yr olds “Electro de Forets” ridden by José Fumero who is sponsored by Suzuki, “Silver Needle” ridden by Álvaro González de Zárate, “Ópera de Sauco” ridden by Carlos López Fanjul and “Donaire de Capellán”, who is last year’s 6yr old Spanish Sporthorse Champion and is ridden by Guillermo González Alonso.

The Spanish riders of note in the 6yr old classes included Armando Trapote with “Kristal’s Beauty B” who was second in this 2 phase special class.  Álvaro González de Zárate riding “Kwak Fly” told us “she is a fun mare to rider, fast and clean and has been with us since August” He also rode“Sidney” who he believes has a lot of quality and a lot of potential, “we have high hopes for her.”  Álvaro told us that: “we have had the 7yr old “Silver Needle”, since January and we are still getting to know each other.  He is a very nice horse and very powerful and we think he will be a good Grand Prix horse”.

Tomorrow the first CSI3* begins of this the 27th edition of the Sunshine Tour and the David Broome andHickstead arenas will be officially inaugurated with both Medium and Big Tour classes .