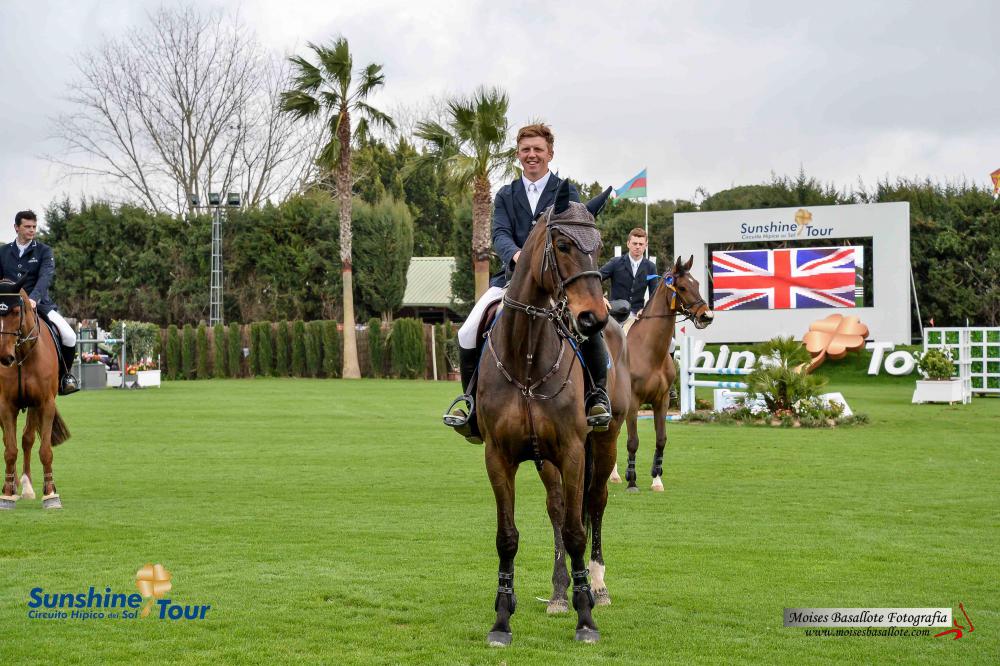 Carron Nicol with Galerius and Jaime Gabarrón with Mago de Quijas were the winners of the two, 7yr-old class sections.

There were 85 entries in the first of the CSI4*classes today and a commanding British success.

Matthew Sampson riding Gloria Van Zuuthoeve (Thunder Van De Zuuth x Glorieuze) took the win in 54.30sec knocking over three seconds off of the leading time up to that point. In second place was the Irish rider, Billy Twomey on Eindhoven G.H in 57.50sec; British riders took third place and fourth places, Spencer Roe on Wonder Why in just 57.74sec and Graham Gillespie (GBR) and Andretti in 58.84sec. The Belgian rider Dominique Joassin and Si La Sol De Greenbay Z were fifth in 58.92sec. The top 20 qualify for the Big GP on Sunday.

There were 129 entries and 59 qualifying clears for the final.

There were 170 entires and 82 qualifying clears.

In the other section of this class, we had a British win from Jessica Hewitt riding Nella V/D Havan (Contadaro Van De Hel x Uriel V/D Havan). in second place, Javier González (ESP) on Honney Breakier and third was Xabier Zabaleta (ESP) on Diva Beauvoir.

That is all for the Young Horse Class this week and tomorrow we will continue with 12 classes from the three Tours; Small, Medium and Big. There is a Pony class and the FEI, Longines Ranking GP, another qualifier for the Big GP on Sunday.