The CSI4* kicks off with a Spanish victory 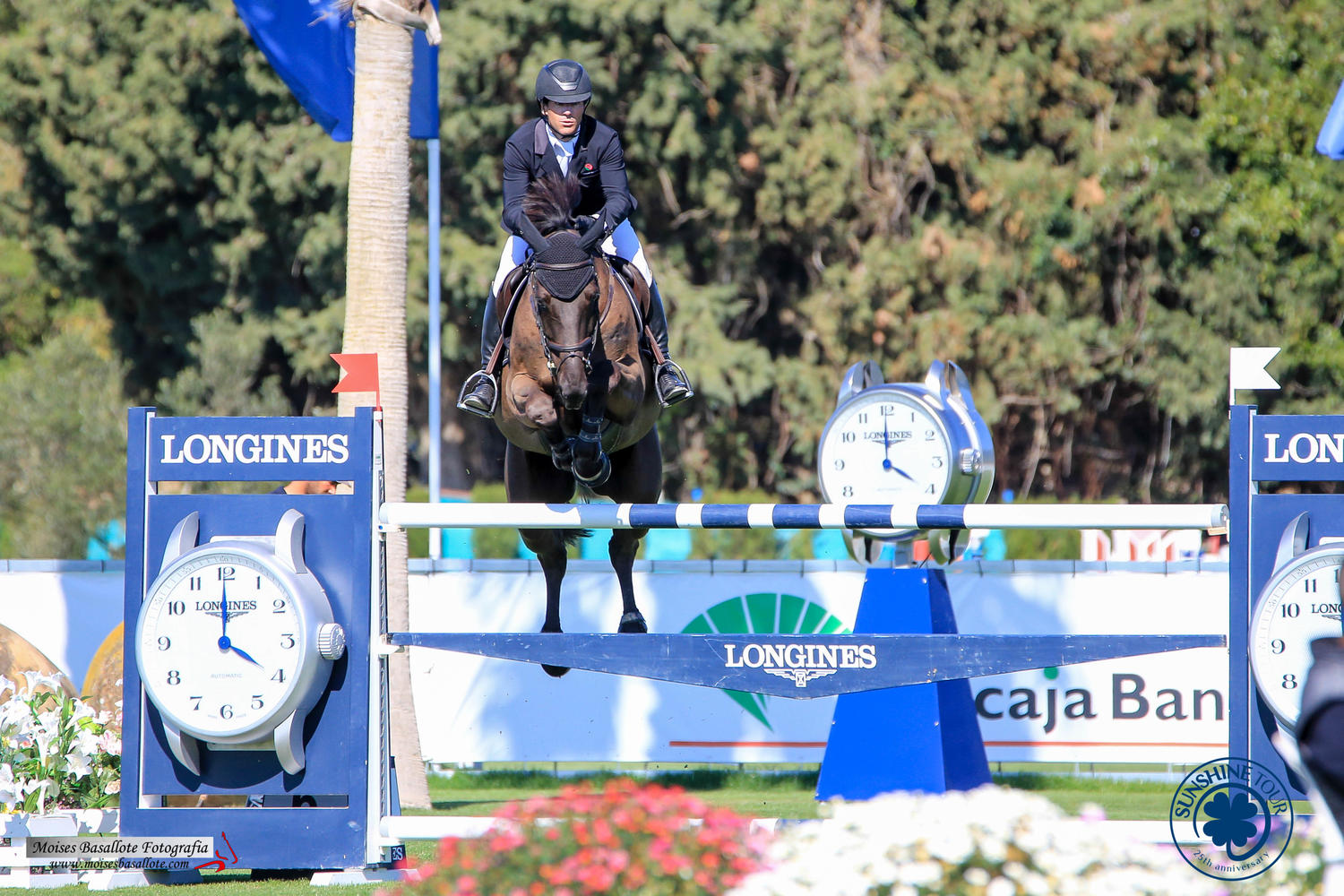 Alberto is from Madrid and has been competing here at the Sunshine Tour since it began in February. Today was his day to shine with a stunningly fast time of just 69.08 segundos in this 1.50m, Big Tour D class. “The course was very well built, it allowed you to gallop and ride in an open rhythm.  This horse is naturally fast and I tried to ride as quickly as I could but it is always difficult to win.  With a horse like this, it always makes winning easier and in the end that’s what happened today. I am very happy.”

Santiago Varela, our course designer, has been appointed by the International Olympic Committee as Head Course Designer at the Olympic Games in Tokyo 2020.  He was asked to design today’s track so that it was free of any significantly difficult questions and from the 74 entrants, 27 were clear.  Some riders were a bit unlucky, like Laura Kraut, just back from the Wellington CSI5* who had just the one pole and the Irish rider Cian O’Connor riding “Irenice Horta”, a horse that Lorenzo de Luca rode in the World Equestrian Games in Tryon. They had two poles today and finished in 54th place.

Matthew Sampson (GBR) finished in second place today riding “Camall”.  Up to this point the horse was ridden by Judy Welles from the USA. In third was ,the French rider Emeric George riding “Rocker D’Ysieux” .

The 1.40m fell into the hands of the Swedish rider, Jacob Hellström and “Caliban H” beating the British rider Jake Saywell in to second and just beyond was the Brazilian rider, Pedro Junqueira.

In the 1.35m almost half of the 68 horses jumped clear. Harriet Nuttall (GBR) was once again on top on the podium with “Silver Lift”.  Second Swedish rider Evelina Höglund and third was Laura Kraut on Gratefull.

The 19th of March will be last chance for the Young Horses to qualify for their Finals, on Wednesday the 20th of March