The Young Horses show great improvement here at the Tour 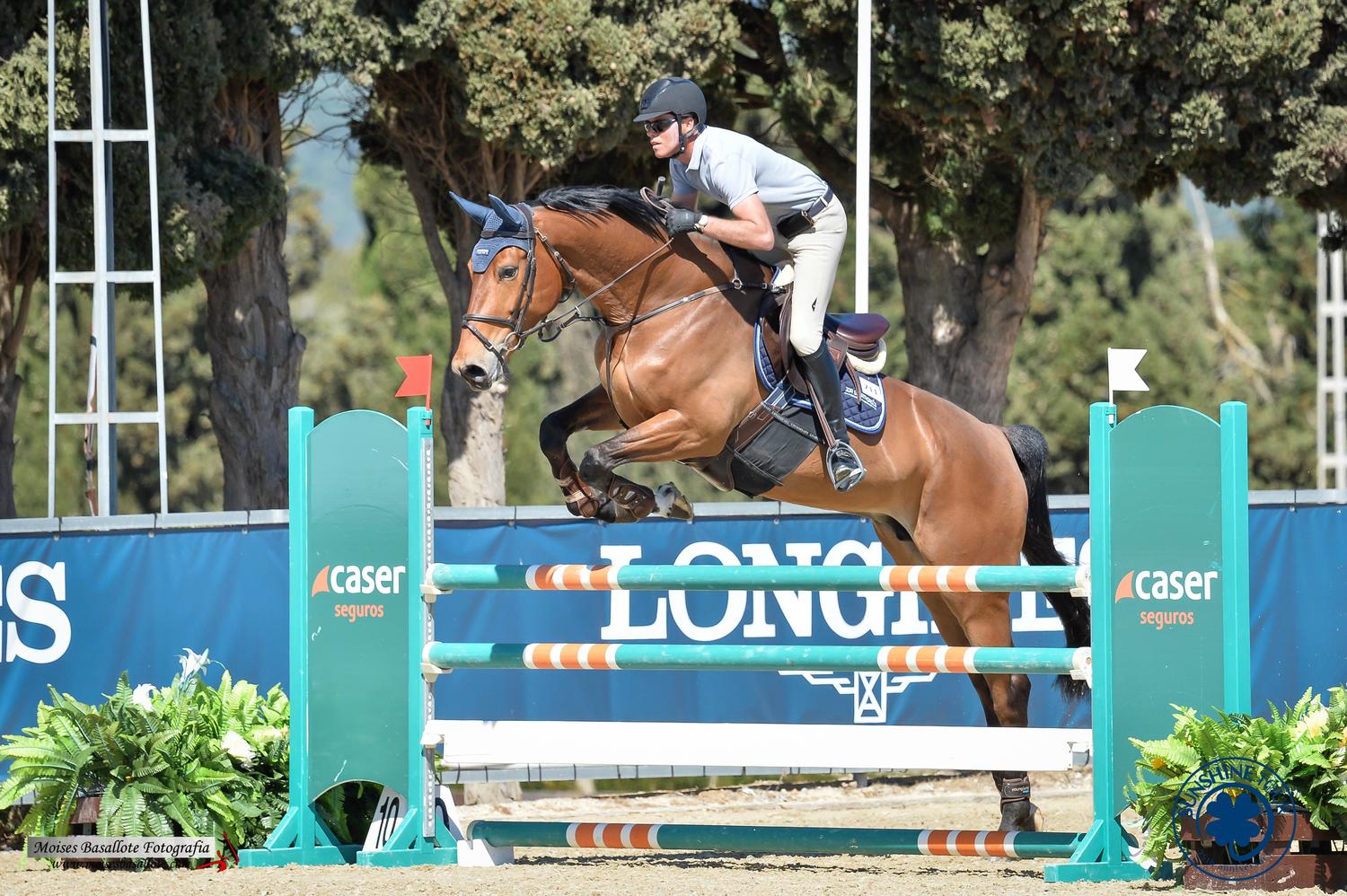 The Young Horses were out competing once again today with total prize money totalled of €3000.

The 7yr old classes had 68 entrants and was held on the grass arena, Guaraná Champeix.  The winner of Section A was the Spanish rider from Galicia, Jesús Bamonde riding “Caporal D’Elle”.  Jesús has been riding this horse since he was 4yrs old. In second place was another Spanish rider Jesús Torres, riding“Grupo Prom Hitchcock”.

The B section was won by the consistent Turkish rider, Omer Karaevli, on the lovely “Gotham City PL” who was previously ridden by Filippo Lupis, from Italy.  This pair had very good results in the Young Horse World Championships in  Lanaken and have qualified for the Final here at Montenmedio next week. Antonia Andersson from Sweden riding “Miss Belgium” took second place.  Antonia used to work for the Philippaerts family but has now set up on her own.  Julie Welles from the USA, was third with “Crocus la Sillardiere”.

There were 29 horses in section A of the 6yr olds and 11 clears.  Anthony Condon from Ireland was the winner, riding “SFS Mirage”.  In second was the rider Gaj Riossa from Slovakia riding “Connery” and in third, was the Latvian rider Santa Steinberg, with “Celios Z”by “Centurio 22”.

Familiar faces were top of the leaderboard in the 5yr old classes, the top three being, Omer Karaevli, Dominique Hendickx (BEL) and Donald Whitaker (GBR) in section A, and all three have now qualified for the final on the 20th March.  In section B of this 2 phase class, the top three were James Wilson (GBR), Jesús Bamonde (ESP) and Camilla Vittadini (ITA).

Tomorrow there are three Big Tour classes kicking off this weekend of top international jumping in the CSI4*, here at the Sunshine Tour.