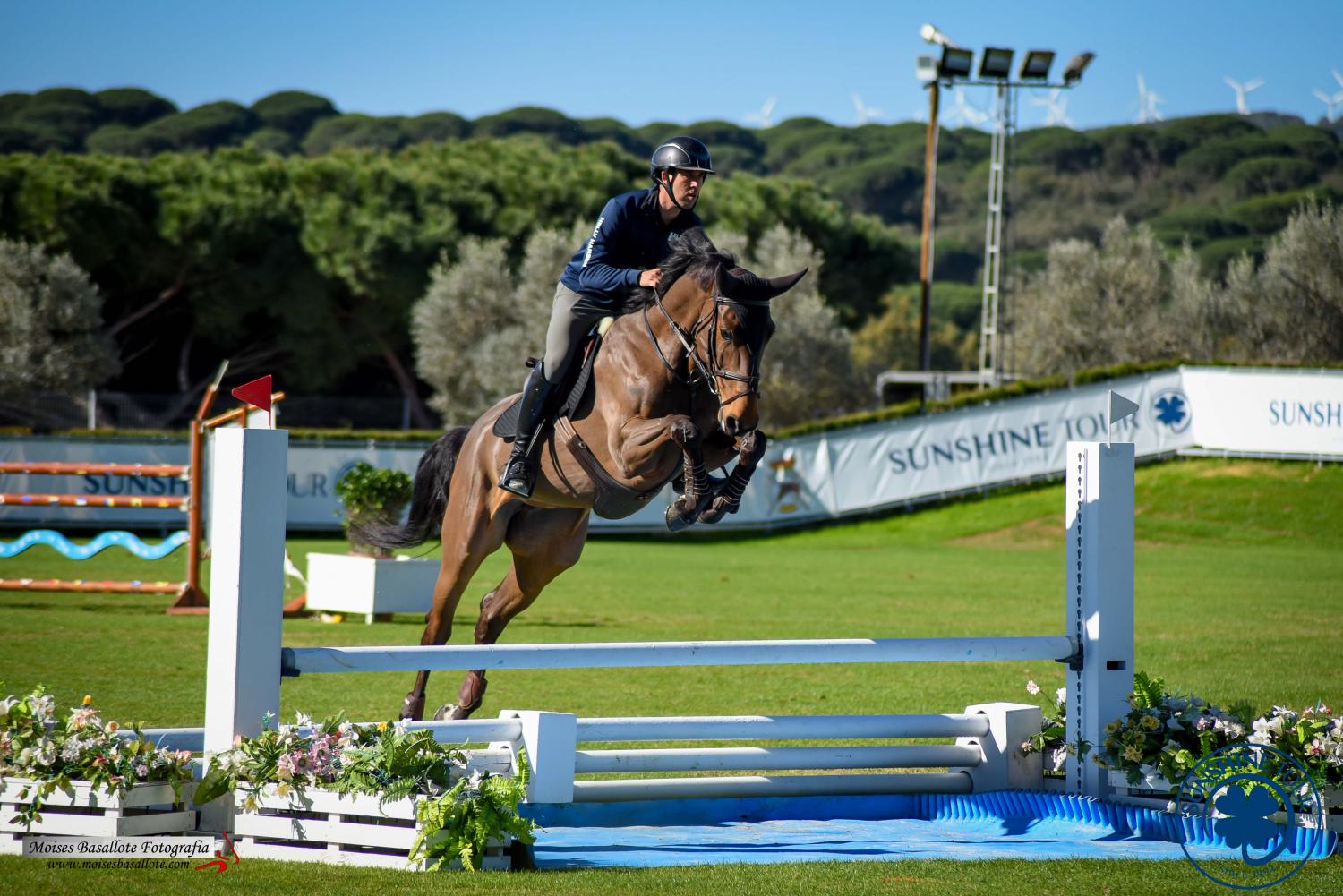 209 horses will take to the arenas tomorrow in the Finals

Today was the last chance for the Young Horses to qualify for the Finals tomorrow here at Montenmedio.  In truth there were very few horses that needed their fourth clear round in order to qualify.  Even so some of the Young Horses did make a big impression today, one such youngster was in the 6yr old Group A.  Regular Spanish rider here at the Tour, Joel Vallés,  took to the arena with “Claire de Toxandria Z” and secured their place in the Final.

Joel told us that:  “Claire” was bred in Belgium by Werner Dierckx, who both breeds and stays on as an owner.  She came to me in the middle of last year and we competed in both the Summer and Autumn Tours that were held here.  She rarely has any faults when she competes, she is a really clean jumper with a lot of quality and a lot of blood.  I think she will be a mare who will be extremely competitive at 1.45m LRclasses.  I plan to finish the Tour here and then take her to the 6yr old section, of the Young Horse World Championships, which are held in Lanaken.”

Joel’s thoughts on todays class were: “Today’s track was the most technical that we have seen so far.  It was both bigger and more technical.  Perfect to prepare the horses for tomorrow’s Final.

Joel finished in second place in the class today behind Jacob Hellström from Sweden and“Cidfire EN”.

In the second Section in this 6yr old class a greater number of horses  achieved that last qualifying clear round.  The top three in the class were all British.  Emma Stoker and“Ferluche de Kergas” were the winners and over a second faster than Tamarin Christie with“Je t’Aime Foreva Z”.  Third was Charlotte Geddes with “Celeste RBF Z”.

In the 7yr olds six horses qualified making a total of 74 horses ready to take part tomorrow.  Emma Stoker and “Orphea HQ”, who have been favourites to win since the very first week of the Tour, were the winers of Section A and Matthew Sampson with “Jacks O” Section B.

In Section A, Italian rider Luca Moneta and “Epic” were third.  “I found this horse throughBrigitte Stern who bred him.  Brigitte Stern’s rider is Patricia Segura, who used to be my pupil and she rode him in the 5 and 6yr old classes.

They saw that the horse had a lot of quality and decided to give me the opportunity to ride it to see if I could take it up to a higher level, and the truth is that I love it.  He is a horse with a very good attitude and is very brave.  He has been very lucky as he has been trained each year jumping here in the Young Horse classes, at the Sunshine Tour and this has formed his skills and nurtured the enormous courage that he has when he jumps.”

The 5yr old class was held in the Milton arena and the leaders today were Gloria Curzola from Italy with “Lennard van de Heezerenbosch” and the the Swedish rider Jacob Hellström riding “Charles”. In second in each sections were, Dutch rider, Anoek Van der Pluijm junto with “Limited Edition” and Rumanian rider Patrick Petre with “Camilo des Sequoias Z”. Despite these great results today “Limited Edition” was is the only horse qualified for the Finals from this group of winners.  The gelding has 6 clear rounds from 8 classes jumped.

In summary 209 horses will take to the arenas tomorrow in the Finals.  The horses that didn’t qualify, have a Consolation Class that will be held on Thursday the 25th of February.

All the Finals will be streamed live on the Official channel, ClipMyHorse.TV and can be seen on both the web page and the app of the Sunshine Tour.