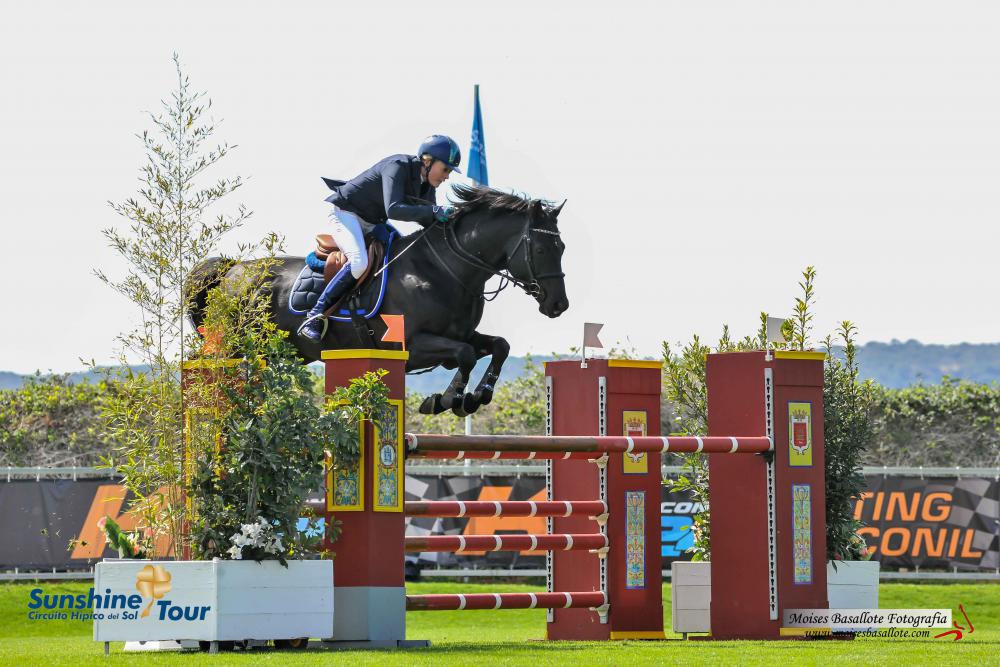 Competition continues for the Young Horses tomorrow and also the first Big Tour D qualifier for the highlight of the week, the Big GP that is held on Sunday.

Carron Nicol (GBR) has once again topped the results board here at the Sunshine Tour, in the first section of the 1.30m, 7yr-old class, riding Galerius (Diamant De Semilly x Sandro Girl) she flew to victory in just 28.96sec her fifth victory in this class.

In the other section of this class we had a Portuguese win, Antonio Matos Almeida, riding Ganturana in 27.65sec. Close behind in second place, the British rider Jake Saywell, on Galaxcy (Cedric x Sosopoehpoeh) in 28.24sec. Just seconds behind in third, another Brit, Joe Whitaker on Fairy Tale, in 28.33sec.

In total there were 148 competitors and 91 went clear, adding another clear to their personal tally towards the seven necessary for qualification to compete in the final at the end of the Sunshine Tour.

Due to the cancellations of certain Young Horse classes last week; clears jumped in today’s classes count as double towards qualification for the final.

Competition continues tomorrow with the Young Horse classes and the 1.50m Big Tour D class, a qualifier towards the GP class on Sunday.