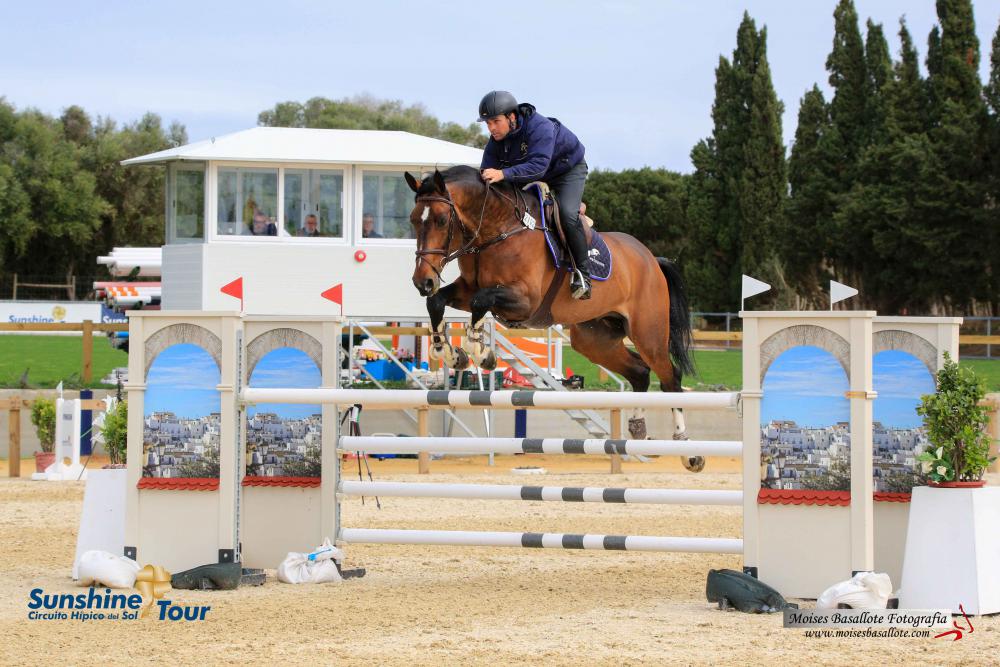 There were 474 competitors in the Young Horse classes.

In the 1.35m 7yr-old class today there were two sections.

In section B, the Belgian rider Virginie Thonon, with Gypsy De L’Epinette (Button Sitte x Abbey-Road) took the win. It was a Spanish second and third, with Luis Astolfi, on Quiwiti (CDE) and Álvaro Díaz García, on Johnnie Walker (Action Breaker x Sanne). There were 196 combinations overall, with 144 going clear.

In the 5yr-old class there were 135 entries in total and 85 clears.

In section B, there was another Irish success, with the win going to Darragh Ryan on CSF Sir George (Sir Shutterfly x Norrira). It was a Spanish second and third with Alejandro Fernández, on Dianvaro BF (CDE); Jaime Gabarrón on Double R Bangkok & Walyro (Toulon x Eurocommerce Berlin) (CDE).

Please, come, watch and enjoy the live action here at the Tour if you can. Entry and parking are free.

There is a variety of shops and plenty of restaurants to cater for your every need here in Dehesa Montenmedio.