France sets the pace today in the Geolastic Trophy 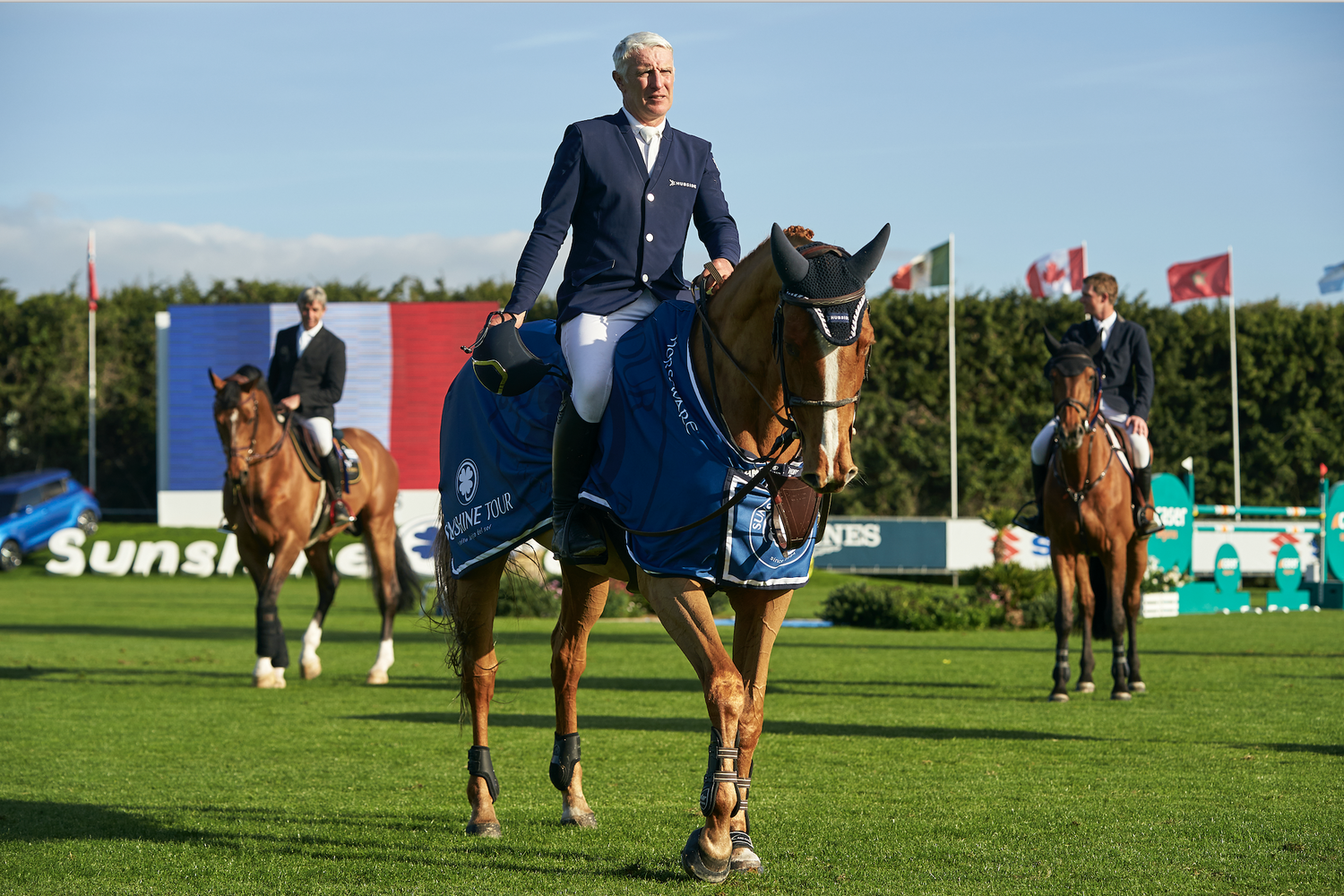 540 combinations took to the arenas today, on the second day of the Sunshine Tour XXVI

On this warm and sunny day there was a great atmosphere on the Montenmedio terraces here in La Janda. The Big Tour Class was the first FEI, Longines Ranking of this Tour, with the winner taking the GeolasticTrophy. The class was a speed class and began at 14:30 and had over 70 competitors. The course did not prove to be too testing for the horses and there were 33 clear rounds. The winner was legendary French rider Roger Yves Bost, who won Olympic gold in the Rio de Janeiro games and is affectionally known as Bosty. Today he took the win with French bred “Vino D’Espineta” and was just over a second faster than his nearest competitor. Bosty actually took the lead away from his compatriot Pierre Alain Mortier who was riding the Spanish Sports horse. ‘Just Do It’. Bosty later told us, “I am happy to have won the class, it’s years since I have been to the Tour and I love this showground. The class today wasn’t big but the riders were very fast. I went out to win from the start and I am very happy.”

Third place was taken by the Dutch rider who used to be the trainer of the Spanish team, Eric Van der Vleuten on the KWPN “Djoost Again”.

Other notable results were once again, from Swiss rider, Jane Richard Philips in the 1.40m class with “Carla Colesta” with a win in just 55.89sec and also second place in the 1.20m class with the 7yr old “Neptune de Muze”.

British rider, Kayleigh Watts also had a great day, she is a regular on the podiums every year here at the Sunshine Tour. Today she took second place in the 1.40m on “Kimosa Van Het Kritrahof”, the first class to be held in the stunning Hickstead arena, she was third in the 1.35m with “Melvin VD Bisschop”and won the 1.20m riding “Arko’s Girl Z”.

Pierre Alain Mortier (Fr) and Ignace Philips de Vuyst (Be) also started off their Tours in great form. As well as a place on the podium in the Big Tour class, the French rider with “Hanna van HD”, had a very fast round and won the 1.35m class where 23 horses had time faults. The Belgian rider took third in the 1.40m class.

Overall it was a successful day of jumping here at the Tour with a large number and variety of horses and riders competing across the board in the arenas. The Young Horse Classes have finished for this week with British riders Adam Taylor on “Obos Elite”, Alice Watson on “Cintrix du Ruisseau” and Marc Bettinger on “Citty Cat PJ” winning the 5, 6 y 7yr olds (resp).