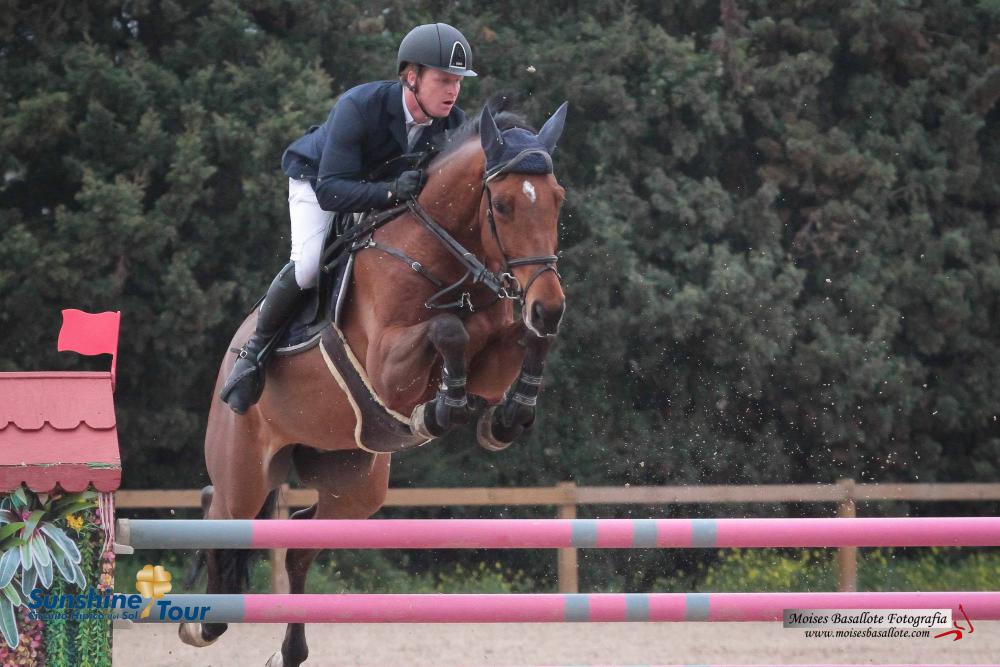 Tomorrow is the penultimate day of jumping for the Young Horses. The Finals will be on the 21st of March. The first 3*CSI, Big Tour D class for this weeks jumping is also tomorrow.

62 combinations have now qualified for the Final with seven clear rounds.

The British rider Nathan Bull on, Havenly Blue (Mr Blue X Licorne Des Forets) was the winner of the first section of the 6yr-old class. His time of just 29.71sec was over three seconds faster than the Spanish pair, Mariano Martínez on History (Etoile x Ursela) who stopped the clock on 33.12sec. In third was the Irish rider Jason Foley on Castlefield Sapphire (Dondoctro Ryal K x Castlefield Sylvia) in 33.92sec.

There are 90, 6yr-old horses already qualified for next week’s Final.

In the other section, we had a Spanish win from the local rider Carlos Bosch on Concertino de Mies in 35.20sec. He also took third place with I Dare You Reuvekamp’s in 35.91sec. In second place, the British rider Emily Sage on I Am A Harley (Harley Vdl x Tangelo Van De Zuuthoeve) in 35.45sec. 62 horses have already qualified for the 5yr-old final.

Tomorrow is the first 3*CSI, Big Tour D, GP class, starting off this fourth week of jumping here at the Sunshine Tour. The top riders in the class will qualify to compete in the highlight of the week, on Sunday, the Big GP class.