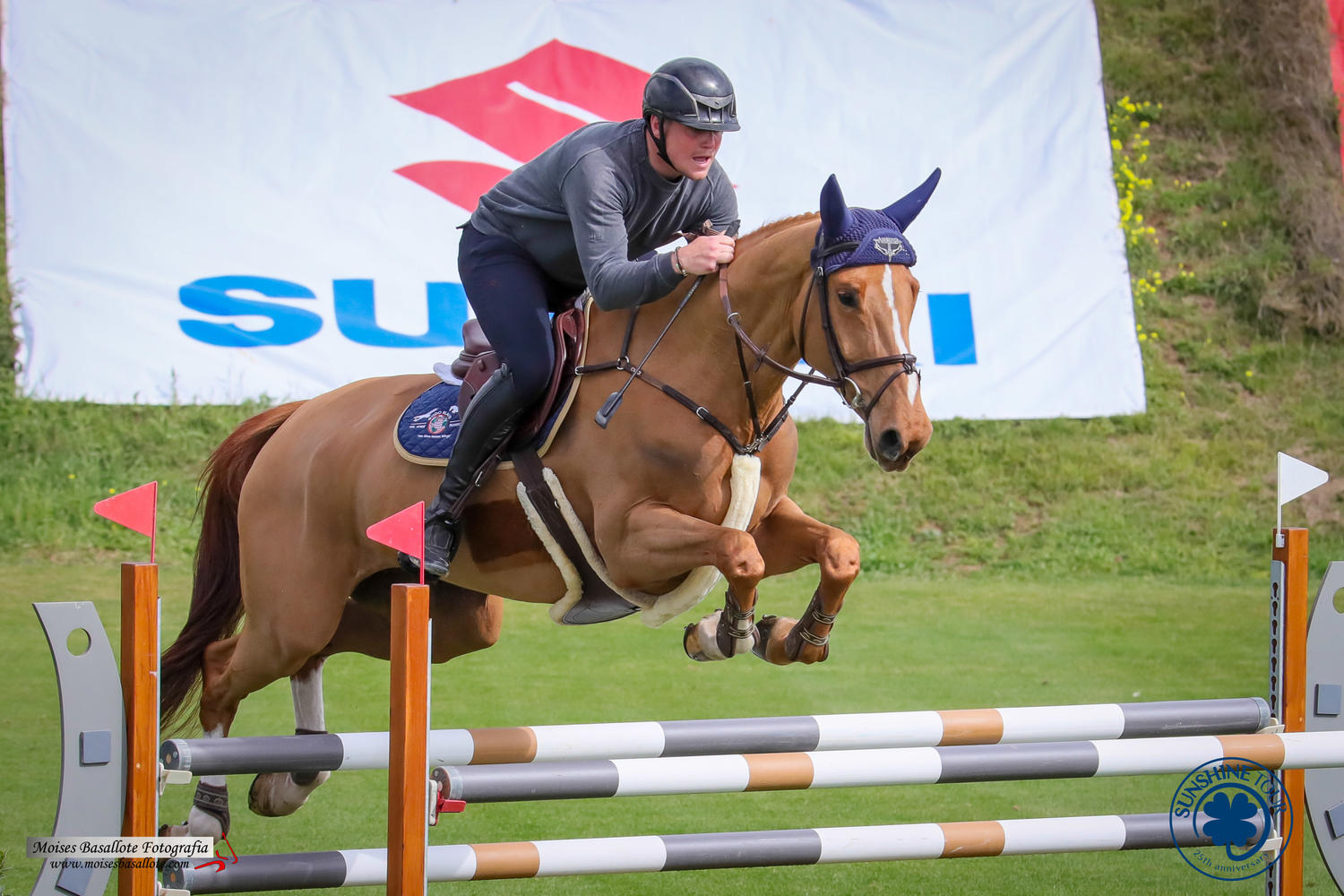 After a weekend off, 486 Young Horses were fresh and ready to go today and they didn’t disappoint, clearly demonstrating their talents

There were 94 in the 5yr old class today. The class was held in the Milton Arena which was named after the famous grey stallion that the legendary British rider, John Whitaker rode to win numerous prestigious events, including Word Cups and a European Championship. Milton was retired in 1994 and remains a legend in his own right as the first ‘non-racehorse’ to win more than €1.400.000.

The 7yr olds jumped on grass today and for the first time, they were in the Hickstead arena. The German rider Guido Klatte with the BWP “Dakota” jumped a very athletic round and won this A section of the class with 77 entries. Second was the Spanish rider, Iván Serrano with “Dum Dum” and third was Emma Stoker with “Q Seven”.

The B section had 77 entries and an Irish winner, Jessica Burke with “Indewinde VDB”, in a mere 25.88sec. Helmut Schönstetter with “Zaccorado Blue” was second in this section and Abby Sweetnam with “Brown Star Z” was third.

The 6 yr old class was also on grass and a notable progression in the development of these young horses was represented by many going clear.