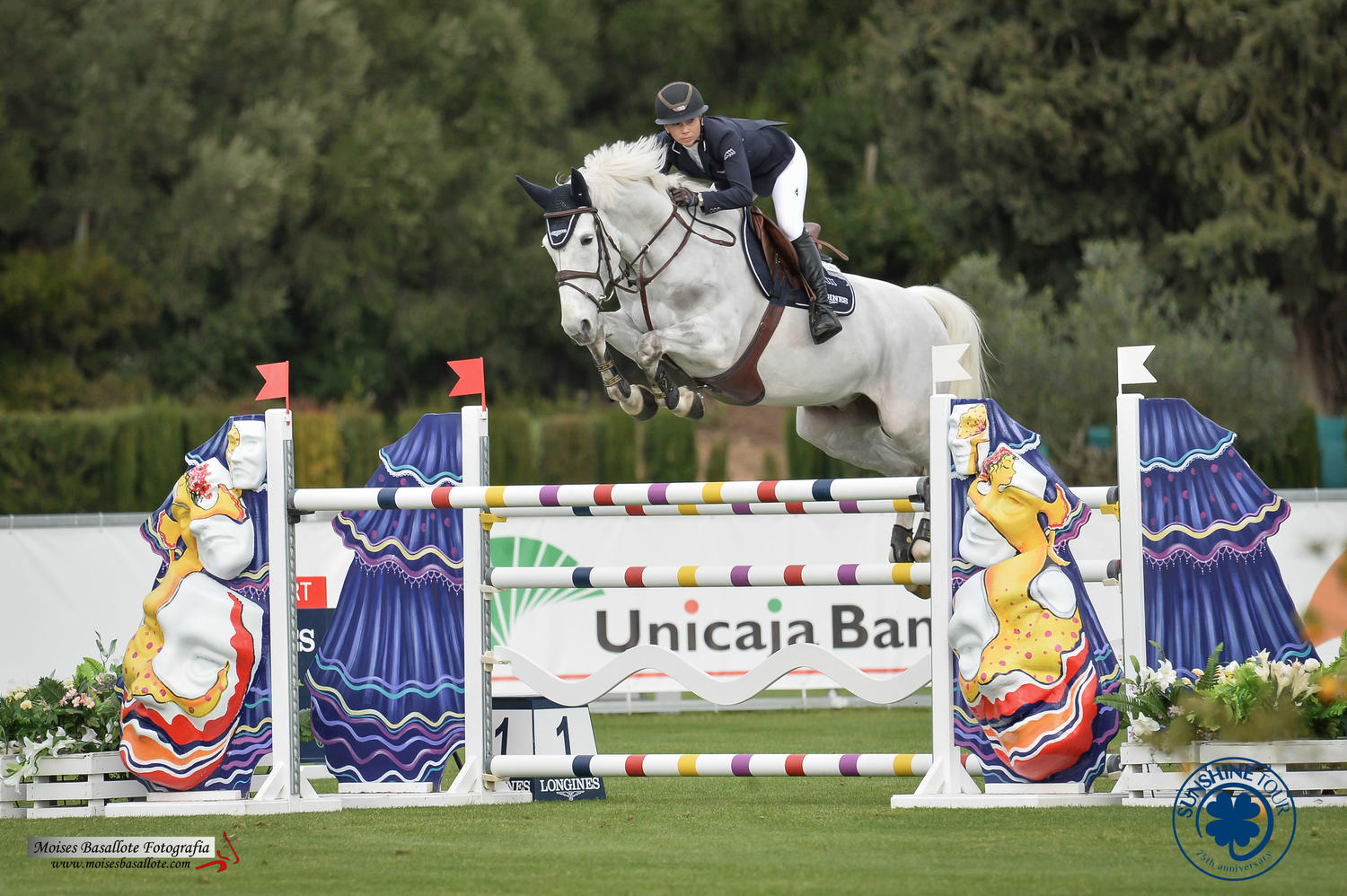 The well known 5* international showjumper, Jane Richard Philips, was the winner of the first Big Class here at the Tour today, on her long term partner the 9yr old“Fouego de la Crosiere”. However this partnership only started competing in the international 1.45m-1.50m classes in the 2019 season. Pontus Westergren and the Italian rider Filippo Codecasa took second and third places in this class. There were 25 starters.

The class was held in the impressive grass arena named after “David Broome”. This legendary Welsh showjumper along with Don Antonio Blázquez the owner of the show ground, were the main players that set up the very first Sunshine Tour.

In the 1.40m, Medium Tour B, the German rider Guido Klatte with “Coolio 23” pipped the Swiss rider to the winning post by just 1sec. This time she had to settle for second place with “Carla Colesta”. The Turkish rider Omer Karaevli, who was regularly on the top of the podium here in 2019, took third place riding “Gotham City Pl” a familiar winner at the Tour.

In the Milton Arena No: 5, Michael Cristofoletti took the win in the 1.35m and the British rider Robert Murphy with“Elan” was the winner in the 1.30m class. The arena is named after the beautiful grey showjumper, Milton who is one of the most famous horses in the history of showjumping He was ridden by the legendary John Whittaker with whom he won various World Cups and European Championships. He retired in 1994 and was the first horse outside the discipline of racing, to win more than 1,400,000€.

The Young Horse Classes 5, 6 and 7 yr olds, were held in Arena 18, named after Big Star. There were more than 126 starters with the Belgian rider Ignace Philips de Vuyst winning the 7 yr old class riding “Vertigo Z”.

In the 1.20m, Small Class, Swedish rider Ella Emilsson with “Diamantina VH Scheefkasteel Z” took first place with the Spanish rider  Sebastia Mateu in second. There were 62 starters, the class was held in Arena 19 one of the arenas inaugurated last year as a training arena.

Tomorrow competition begins at 09.00. At 14.00 the first FEI, Longines Ranking Class will take place with the Geolastic trophy going to the winner.

Classes may be viewed live on the Sunshine Tour home page or on www.clipmyhorse.com