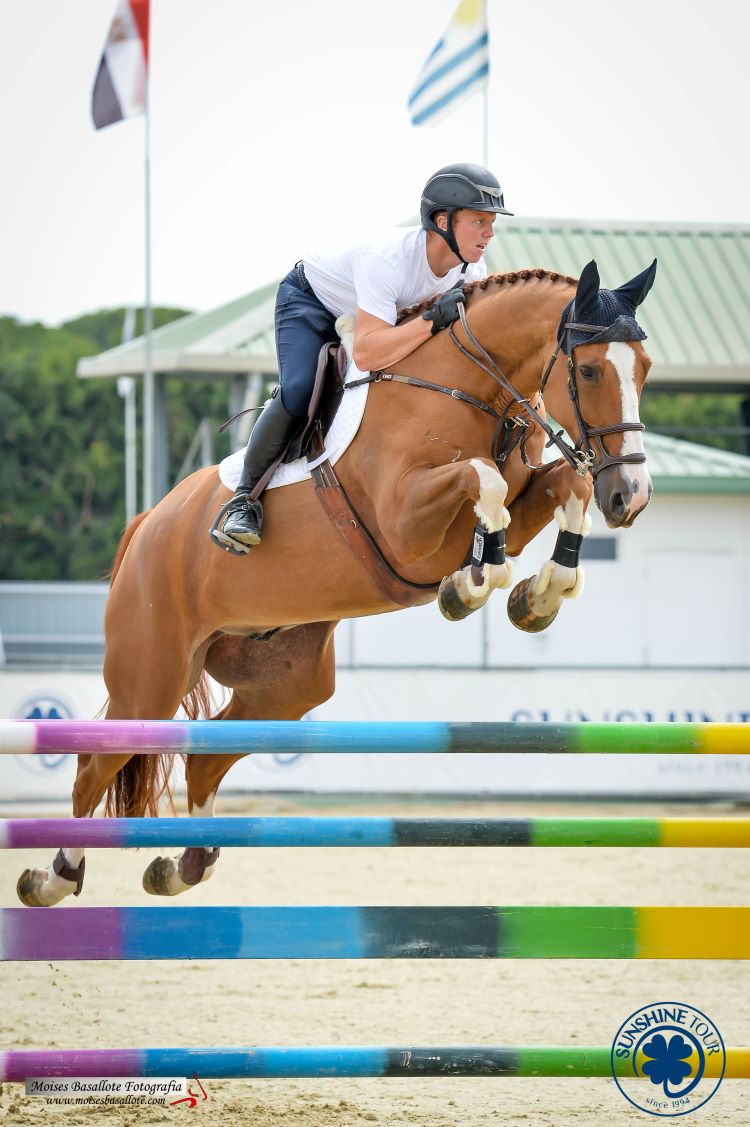 The second week of competition here at the Autumn Sunshine Tour started off today and continues until Sunday.  Today around 50 Young Horses took to the Milton arena in their age classes.  Matthew Sampson was the winner of the two phase, 7yr old class with Jafabalou, repeating their win from last Thursday.  The horse is owned by Rachael Evison and is by Balou de Rouet, from the famous stallion Baloubet du Rouet, three time World Cup winner and Olympic gold medalist, ridden by Rodrigo Pessoa.

Tomorrow we continue with the Young Horse Classes and the CSI3* Tour classes.  There are more riders arriving, including the utter legend John Whitaker, who returns to see the improvements and the expansion of the arenas and new facilities here at Montenmediio and, hopefully, to repeat a few of his many wins here in Vejer.

The International Irish riders Michael Pender and Joane Sloan-Allen are here as well as the Egyptian rider Sameh El Dahan.  Spanish riders that will be participating include Iván Serrano, Jesús Garmendia and Sergio Álvarez Moya.  The chief course designer will be International 4*, Javier Trenor, who will design all the courses held on grass in the main, David Broome arena.  Marcos Núñez stays with us designing the courses in the Milton arena.  This week builds up to a climax with the Sunday Grand Prix class which is a qualifier for the 2021 Olympics in Tokyo and a Longines Ranking class.