On Track to the Finals 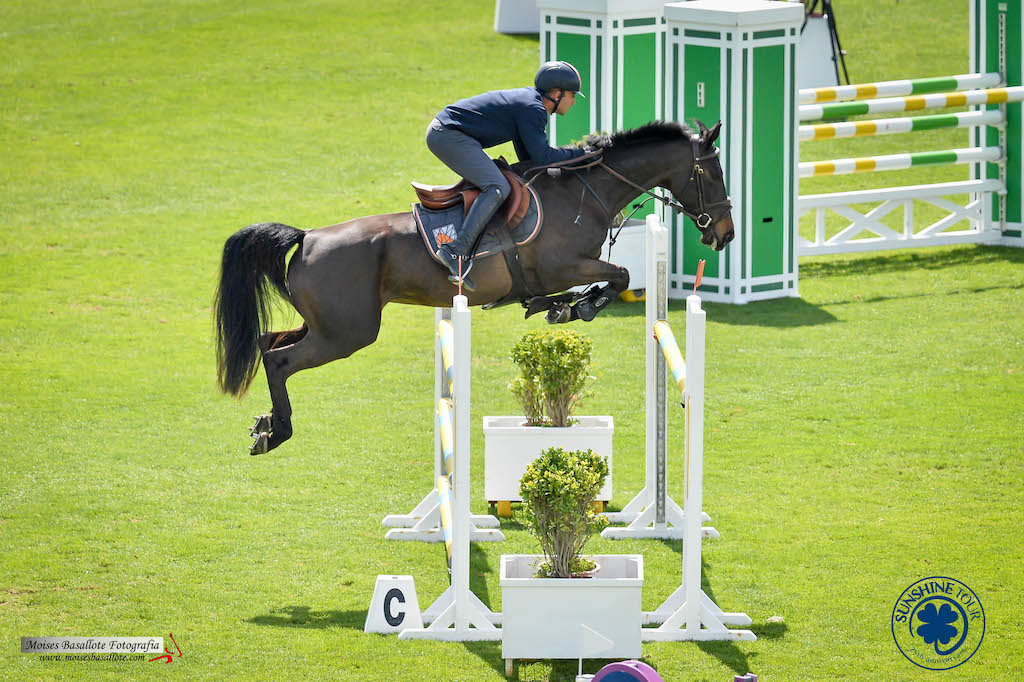 After the tragic news yesterday, competition started off here at Montenmedio, for the last week of the Sunshine Tour.

After the tragic news yesterday, competition started off here at Montenmedio, for the last week of the Sunshine Tour.  Today was the last chance for the Young Horses to qualify for the Finals that are held tomorrow.

There were 184 caballos competing today and once again the talented Turkish rider Omer Karaevli, rode his horses very successfully in all the Young Horse classes.

In the Section A of the 6yr old class the very successful British rider, Jake Saywell was first on “Irmette Balia PJ”, With Omer, taking second place on “Istinov”. In Section B the winner was the Spanish rider, Marcos Diaz Rodriguez riding “Cobalt Coco” with second place taken by Anthony Condon for Ireland, riding “SFS Mirage”.

The 5yr old class also saw Omer on top of the podium in Section A with “Obabelute-M”, in second was the Polish rider, Natalia Czernik on “U2”.  In Section B, two British riders topped the podium, with James Wilson on “Floranche Z” absolutely flying round and winning by just under 6s over Leonie Aitkenhead riding “Orchis VD Donkhoeve”.

Tomorrow there are 118 horses in the Finals  of the Young Horse classes here at the Sunshine Tour.

Today at 12:00 there was a visual tribute to Vicente Quinta on the big screens here at the Tour whilst everyone took a minute of silence in his memory.