Paloma Jiménez Carmona is the winner of the 1.40m class here at Montenmedio 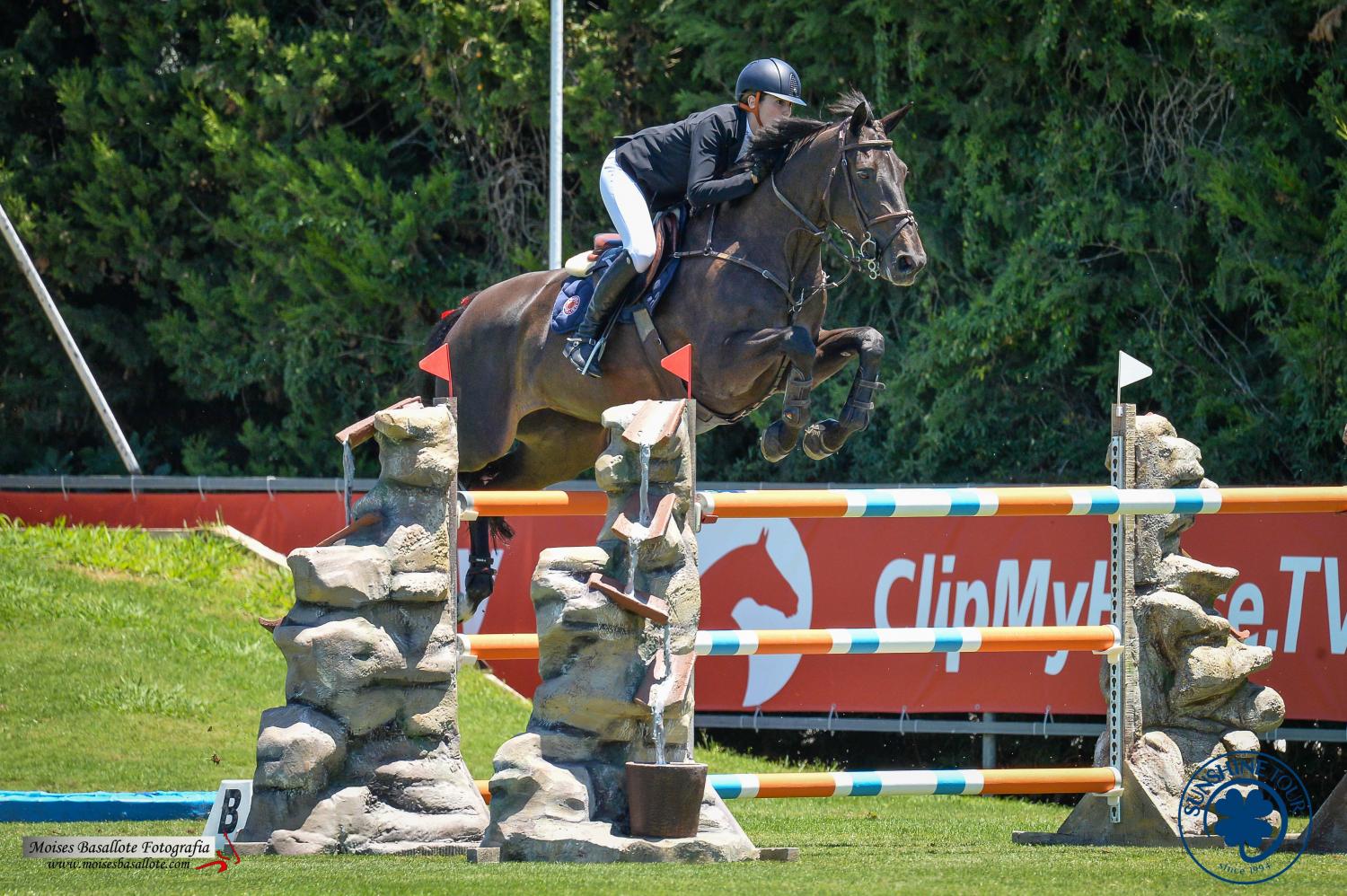 Paloma Jiménez Carmona is the winner of the 1.40m class here at Montenmedio

Today was a rest day for the horses jumping in the big classes here at the Summer Tour as tomorrow is the Big Grand Prix, the highlight of the week’s jumping. The GP is an FEI, Longines Ranking class and has a total of 25,400€ in prize money with an extra prize of 2,000€ from the TV channel ClipMyHorse given out to the top placed Spanish rider who is subscribed to the service.

Today and tomorrow we are holding the CSNP1 Pony classes which are qualifiers for the next Spanish Pony Championships. Tomorrow is the last day of this second week of competition here at the Summer Tour, there will be 5 classes in the CSI2* plus the Pony classes. The Young Horse classes for this week have now finished. The total prize money given out this week will be 71,600€ which added to the first week’s total of 25,950€ and next weeks prizes 82.000€ gives an impressive sum of 179.550€.

Paloma Jiménez Carmona riding  SHERIE STAR (DIAMANT DE SEMILLY x JALISCO B) was the winner of the 1.40m class, which had 4.000€ of prize money up for grabs. In second place was Eduardo Álvarez Aznar with DELIRIUS DEL SOL who is also by the winner of the class. The Portuguese rider Rodrigo Giesteira with BROKEN HEART (HEARTBEAT x CORTUS) took third place.

With a prize money pot of 2.500€ the 1.35m class was hotly contested. The winner was Mariano Martínez Bastida riding HYBALIA (x TYGO). This talented Spanish rider is from Murcia and has racked up an impressive 11 wins at the Tour so far! Second place was taken by Jesús Garmendia riding a mare that is of the same lines as the winners of the 1.40m class: BLUBEL DES BRIMBELLES (PARADS LATIN x DIAMANT DE SEMILLY). The podium was completed by Alejandro Álvarez with LITTLE CHAP S (CHAP 47 x WERTHER).

Marta Mesa was the winner of the 1.30m class, riding ZOBIA BELLA (SILVERSTONE x LUX) who she also rode in to third place yesterday. Kevin González de Zárate who arrived this week at the Tour, was second with GEHAZIA VDL and the local Andalucian rider, María Román with QUALOE DU GAUTRAY (x L’ARC DE TRIOMPHE) repeated her third place from last week.

Alejandro Álvarez Gutiérrez was the winner of the 1.20m riding CALIFA SQ. The Peruvian rider Carlos Merino with OFELIA TE QUIERO (KANNAN x ELF III) was second and in third was Inma Roquet with NIMMER FBH.

Once again a Russian rider was at the top of the podium in the 1.10m class. This time it was María Dmitrieva with DUDUZA who has greatly improved over the week. In second, and repeating Thursday’s success, was Natalia Appendino with MILLFIELD CLICHE. Third was taken by Marta Torrado on CENTA DE PRAVIA, who finally got to the podium after a few very close results during the Tour.

The pony riders were prepared for a hot competition today and looking to qualify for the Spanish Championships. 11 ponies took to the rings of Montenmedio with great enthusiasm. The winners were; Section A: Valeria Chavez. Section B: Mar Valdés. Section C :Carlos Borho and in Section D: Blanca Valdés.

Once again the 7yr old class was won by DUM DUM ridden by Iván Serrano repeating yesterday’s result. In second place was CONRADOC PROOSTHOF Z (COMILFO PLUS Z x CICERO VAN PAEMEL Z) with the rider from Finland Eevi Pirre Rautiainen, who equalled their best results from last Saturday. Iván Serrano once again showed his talent for the Young Horses by also coming third on FEMME DE PRAVIA, a mare he feels improves every time she competes.

The biggest class of today was the 6yr olds with the winning horse GISELLE ridden by the Catalan rider Laura Roquet. Yesterday she came 22nd in this class and was delighted with today’s result. Second to fourth places were dominated by the Alonso Buzo brothers from Extremadura. Alejandro was both second and fourth riding OLIVIA DE SAUCO and JANIKI resp’. Alberto was third with JANIJIE HBC who, from 6 jumping rounds, has been in the top three,  four times.

KINGSTON EXPRESS, ridden by Alberto Alonso Buzo, was the winner of the 5yr old class and hasn’t been out of the top three in the two weeks of the Tour so far .Iván Serrano riding LIGHTHIN MC QUEEN repeated his second place from yesterday as did Marta Cobo in third, with PALINKA VD WELLINGTON who has jumped without fault so far in the Tour.

The show can be followed using the free App Sunshine Tour Mobile, available for bothiOs and Android The App can be used to manage entries, order supplies, consult the results, watch and discharge videos of each round and watch live streaming of the show, which may also be followed on our websitewww.sunshinetour.net.