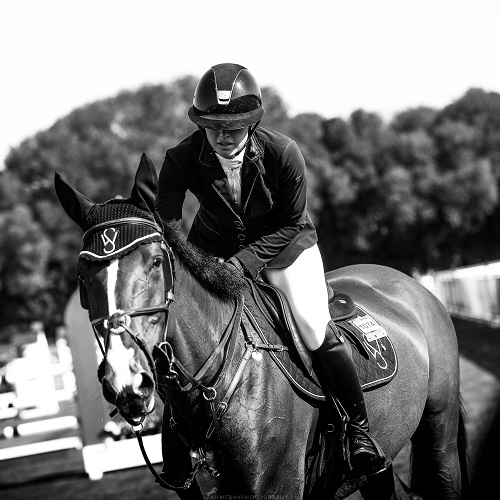 Communication in order to clarify the events surrounding the recent cancellation by the FEI of the 27th edition of the CHS, for your information:

In the second week of our competition, we all became aware of the horrific and very painful news about the outbreak of the EHV-1 that was ongoing in Valencia.  This is a situation that we should learning from. In our opinion, it was apparent that the management of this outbreak was handled in a questionable manner, which was negatively added to, with the proliferation of very sad videos and photographs on social media of horses clearly suffering.  The sharing of these images contributed greatly to create a climate of heightened nervousness and concern among the riders and owners which was already very difficult to control.

Continuing with the chronological account we are now entering our fourth week of competition here at the show.  On Monday the 1st of March at 22.41 hours, the FEI published through the means of a press report, the cancellation of all competitions in Europe, with an exception to the Tours that were ongoing.  This was in order to create a closed ‘bubble’ effect and not to allow any new horses to arrive to compete at any installations.  At that moment we had around 100 horses already in transit and ready to arrive and participate at the CHS.  We insisted that these riders should turn around and return home as they would not be admitted to the showground area but some of them preferred to continue to on their way here as they were less than a day away.

This resulted in around 45 horses arriving at the isolation zone of the installations, which is 2 kilometres away from the show ground itself.  The FEI then asked, without further explanation than the statement published on Monday night, that these horses immediately return to their homes.  The FEI stated that we needed to comply with retroactive effect, to the statement from the day before, the Sunday, as the horses had not arrived the week before, without taking in to account that many horses had just undergone a trip of several days.

On Thursday, the 4th of March, the mare Agnetha Z, who had already been in isolation due to fever since February 26th and who had had a negative PCR result, began to exhibit mild neurological symptoms which her owner informed us about.  At that moment the mare was moved to an intensive care unit which was mounted in one of the isolation boxes in order to prevent any possible spread of the supposed EHV-1 disease and blood was redrawn. The sample was sent to the official laboratory at the Complutense University of Madrid.

This same afternoon the RFHE called us to an emergency meeting with members of the FEI, RFHE and the Ministry of Agriculture, Fisheries and Food.  This meeting was called before the second results had come in from the PCR samples from  the mare Agnetha Z. Note well that this meeting was held without having any confirmed positive cases of EHV-1 in our facilities with 1,500 horses here and only one, Agnetha Z,  showing mild symptoms of ataxia.

After an extensive debate and with all parties involved having assessed the situation The FEI decided that it would authorize the competition here to continue only until Sunday the 7th of and that the last three weeks of the CSI4 * would be cancelled.  At this time we were asked to take care that the horse trucks would be able to leave in a staggered manner and by negotiating with the Ministry, that they could travel with TRACES and avoid any incidents that might occur from a massive exit which could collapse Europe.  Of course, at all times we would collaborate both with the veterinarians, as well as with the Ministry and the FEI, providing all information and documents that were required.

The next day in the morning, I received a call from the Veterinary Service Manager, who informed me that there was another horse, not exhibiting fever (37.8 degrees), but with a slight irregularity in its hindquarters after having being checked in to the veterinary clinic for treatment.

Although the mare did not exhibit clear neurological symptoms, as we were in a very sensitive situation, the decision was made to place the mare under observation in the isolation boxes.

With this situation, we were summoned that same day, Friday 5th March, to a new meeting with representatives from the FEI, RFHE and the OC.

At this meeting they informed us of the decision by FEI was to cancel the last two days of the current contest, but with the intention only to notify the riders the following day, March 6th at 6 AM. Our opinion on the matter was that the show should go ahead, as agreed the day before, and that the show should end on the Sunday as planned, since the idea was to ensure an organized exit from the showground and nothing had changed to alter this.  In addition, it seemed to us pretty dishonest to inform the riders the next day about a cancellation of the competition if this decision was final and immovable.

During the meeting we received the news that the second result of the samples sent to the Universidad Complutense of Madrid from the mare, Agnetha Z had returned as negative, which we immediately shared with the participants in the videoconference.  The FEI asked us to forward the results immediately and informed us that they would consult with their technicians and that the meeting would be resumed later on.  Before ending the videoconference, we stated that, in our opinion with two negative results and no positives, we were in a much better place than the day before and therefore the cancellation was not justifiable.

After this, at no point did this conversation resume and we only received news that competition was immediately cancelled, through a public press release, from the FEI communication department.

As the FEI statement about the immediate cancellation of the event, was so forceful, we were aware that the function of the FEI competition officials had ended at that very moment.  Thus having terminated FEI jurisdiction, and according to the same statement, we contacted the health authority so that they could authorize two veterinarians who would sign the mandatory animal health certificates ton comply with TRACES.

Finally today, we have been officially informed by the Health Authorities of the Andalusian Government that the results made at the official lab in Algete, have been tested negative and therefore neither of the two mares has had EHV-1 and EHV-4, and we can confirm that at no time in the facilities here at Montenmedio has the virus been detected.

Considering all the above facts, it is clear that significant damages have been caused not only to us but to everyone involved in the competition, mostly the riders and the owners:

-This cancellation has prevented riders from achieving their illusions and dreams, which is the reason that they attend the SUNSHINE TOUR every year.  Many will not be able to qualify their horses, in such an important sporting year with both the Olympic Games and the European Championships coming up and in a year when there have been very few opportunities to participate in competitions.

-Equally important, a significant number of LR events have been cancelled, with the resultant economic and sporting damages for the riders.

-Plans for the sporting calendar this year that are set up by the coaches have been completely interrupted.

-The potential sales market, buying and selling of horses, has also been adversely affected with the cancellation of these competitions and has aggravated the situation, already strongly weakened by the COVID-19 pandemic.

We have no other options but to keep fighting and we really hope that everything returns to normal as soon as possible, we are counting on your unconditional support.  We look forward to seeing you all in October.

Great turnout on the first day of the CSI3* October Tour