The CSI3* kicks off with an Italian touch 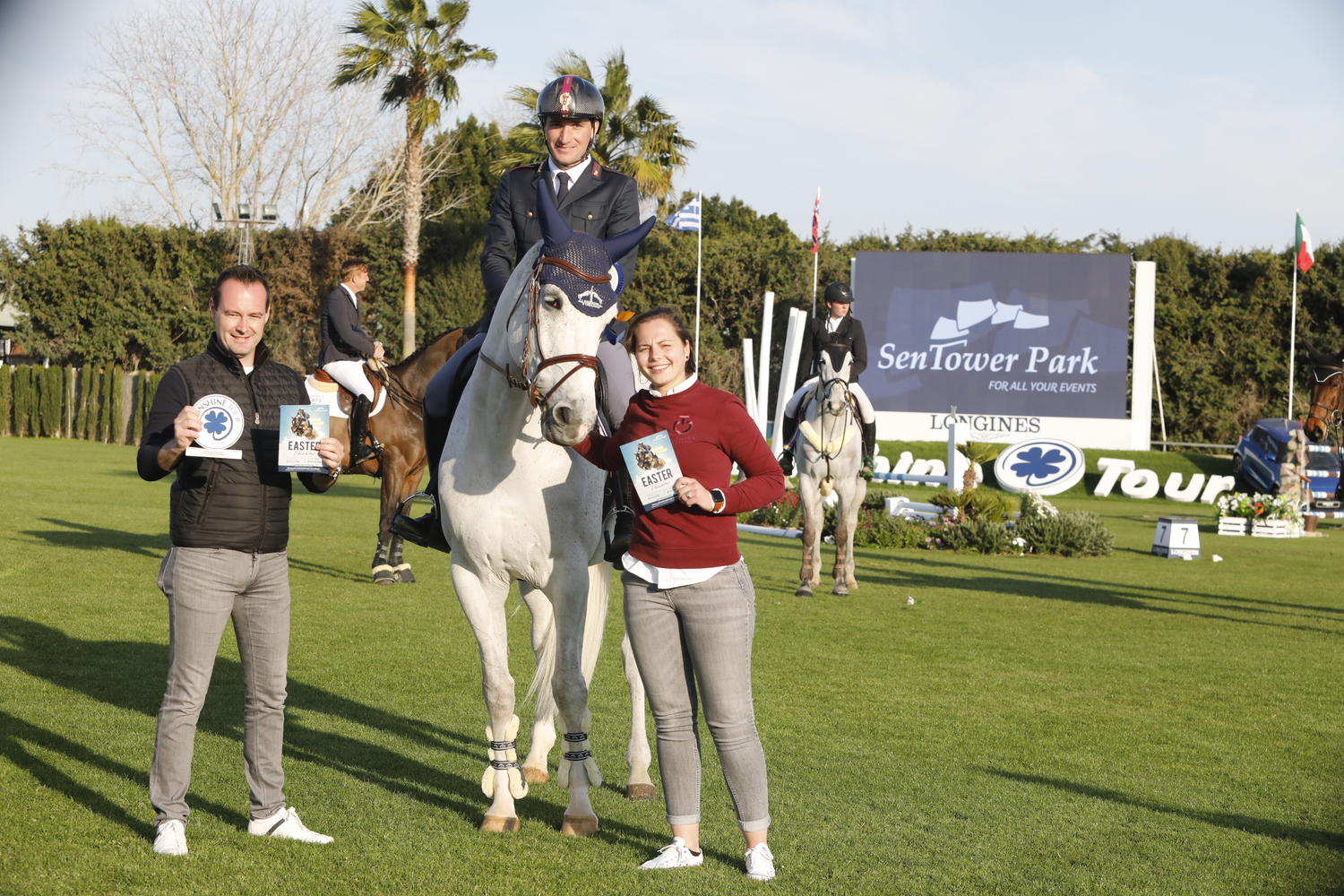 The CSI3* sprang in to action today with the Italian rider Michael Cristofoletti taking the win in an intense session of top class jumping. Michael rode the 12 yr old mare “Sig Debalia” to victory and collected the Sentower Trophy from Laurens Meynaerts, the manager of Sentower Park the class sponsor.

“I am delighted with my mare; last week I jumped her in slightly smaller classes to ease her back in to competition as she has been off for two months. Today I arrived a bit late at the warm up and we didn’t really have enough time to prepare but even so, she is a very fast mare and we took the lead”. He took the win from the British rider Matthew Sampson with the 9yr old gelding, “Geneve R”, who had up to that moment been in the lead.

Louis Koninckx from the Netherlands, was the course designer. He was responsible for the World Cup in Amsterdam last January. There were 26 clears from the 81competitors today; asked about the course Cristofoletti stated; “the course rode very well and the course designer did a great job to start off this week of jumping. The lines were good and left you with various options for strides. It was a smooth course but with an ebb and flow to it and was very interesting for the audiences to watch.”

There were a lot of entries in the 1.40m class but a tight time was the Achille’s heel of many competitors. The class was a speed class, A, in the Hickstead arena, with 105 competitors. The Swedish rider Viggo Björklund, from Ashford Farm was the winner with the 13yr old mare “Merida 8”. I am very happy how she jumped today, she is a small mare but she is extremely fast on grass and she jumped fantastically and did all that I asked of her.” Viggo also praised the installations here at the Sunshine Tour “everything is perfectly designed and built intelligently. It is an ideal place for the horses and also for me!”

The 23-year-old Uruguayan, Marcelo Chirico and the British ‘Speed Queen’ Kayleight Watts took the top spots in the Big Tour B.

Arena 'Guarana Champeix’ was used for the first time today with the 1.35m class and more than 130 horses competing. This was a very hotly contested class, there were 90 clear rounds and in the end the well deserved win came from the Portuguese rider Nuno Tiago Gomes riding “Classique Z”

Today was the last day of the second week, of the Young Horse classes who will now rest until next Tuesday.