The last qualifying final week begins here at the Tour 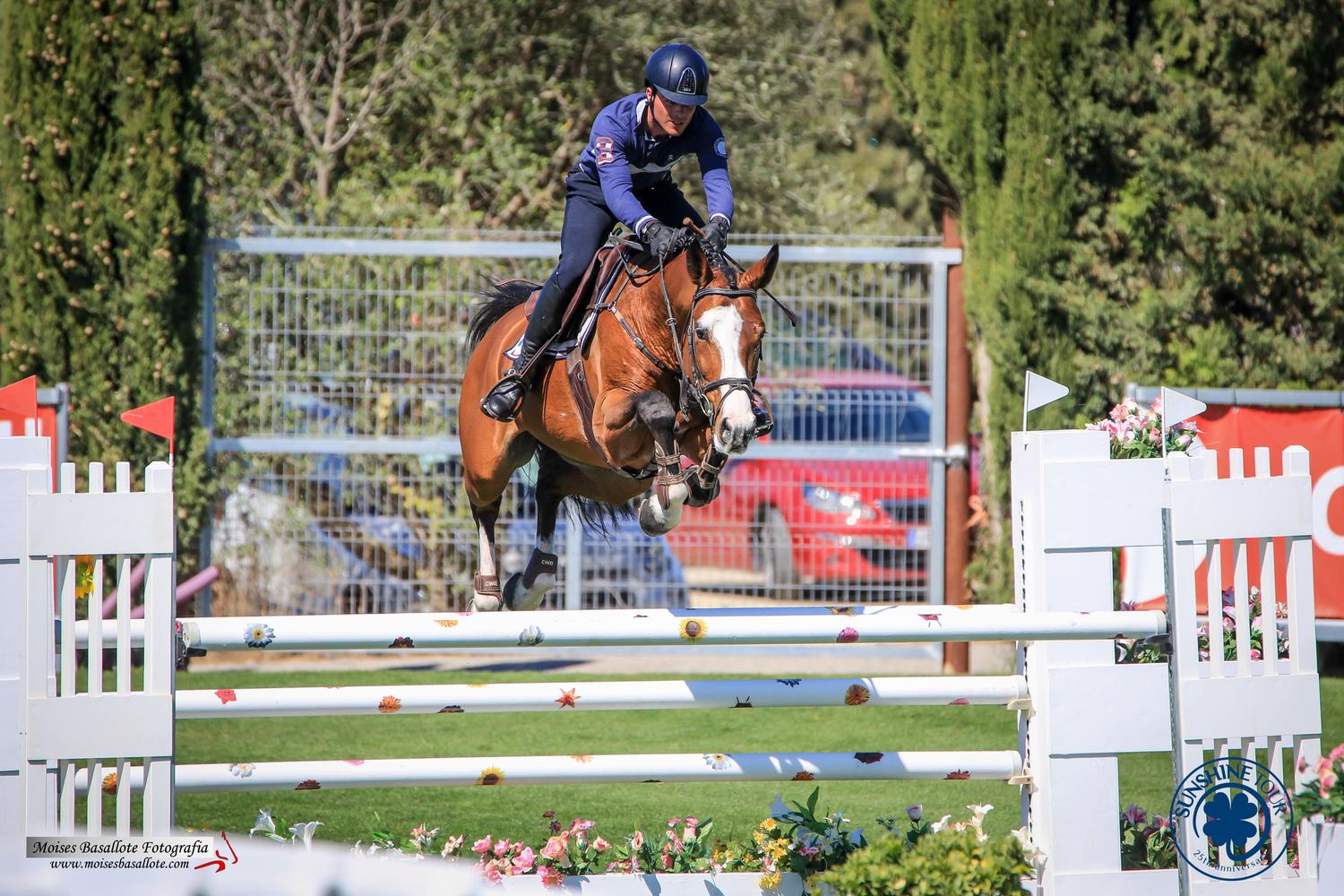 With the ultimate opportunity for the Young Horses to qualify for the Finals, that will be held next Wednesday

With the ultimate opportunity for the Young Horses to qualify for the Finals, that will be held next Wednesday.

Today the fourth week of competition began here at the Sunshine Tour, Montenmedio, with the Young Horses demonstrating their great form and generally getting excellent results.  There were 257 horses jumping today.

In the 7yr old classes, the Spanish rider Julio Arias was placed in both of the sections taking second on the mare “Mylady Van’t Meulenhof” in section A and, in B, third with “Muse de Bourguignon”.  In the B section the French rider Emeric George was second.  This rider is a recent convert to professional showjumping from an engineering career.  Today he was riding “Inhalo del Amor” a from the Yeguada (stud) del Amor.  The owner Santiago Cambronero told us; “the horse has not been out competing for six months and I decided that it would be a good idea to bring everything together during the Sunshine Tour.  So, through a mutual friend, I contacted Emeric.  After showing him a few videos he accepted the ride. I brought the horse directly here for him to compete on and he only had half an hour to get to know the horse before he jumped him for the very first time in the arena.  We are delighted with the results, from 4 rounds he has jumped 3 clears.  Emeric is impressed with the quality of the horse and we are planning to go up to France to continue with his development.”

The Swedish rider Jens Wickström, and past pupil of John Whitaker’s, took first place in section A of the 7yr olds, riding “Hero” and Patricia Segura for Spain was first in B, riding “Champs D’Or”.

The rest of the classes were notable for the high number of clear rounds.