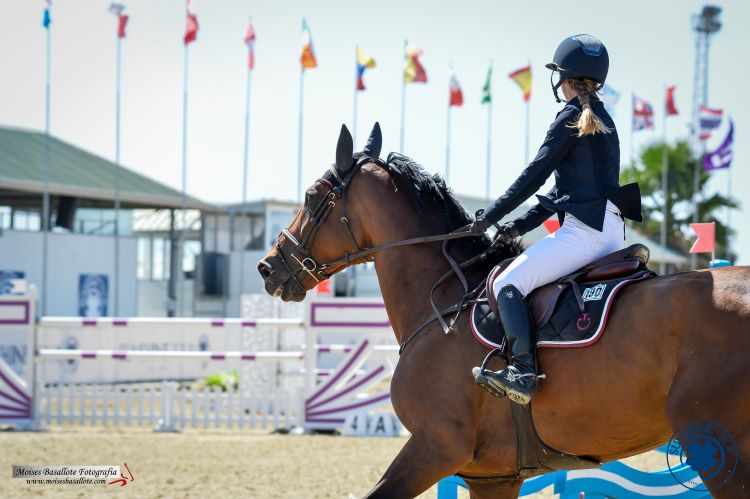 17 teams will participate in the event that has been moved to tomorrow due to extreme weather conditions.

As a consequence of torrential rain here in Vejer today it was decided to hold the Nations Cup tomorrow, on the 28th Nov at 09.30 giving the event all day in case rain holds up jumping at any time.  This is possible due to the large number of arenas here at the Sunshine Tour and everyone involved will work to ensure that the best possible conditions will be maintained for the event to go ahead.  The 17 teams were able to walk the course today which was designed by Javier Trenor and is a 1.45m track with 12 jumps and 15 obstacles including a double and a treble.  The team lists can be seen both on our web site and the Sunshine Tour app.  The Nations Cup rounds will also count as an Olympic qualifier for Tokyo 2021 and the top 30 riders will qualify for the Big Grand Prix that will be held here on Sunday.

Today’s CSI2* 1.20 and 1.30m classes have been moved to Sunday.  Today’s  1.10m class has been cancelled with the prize money being added to tomorrow's class.  The CSIYH* 5yr old will also be held on Sunday.

Seven classes did go ahead before the rain hit the showground today.  The British rider Laura Renwick was the winner of the two biggest classes. In the CSIO3* 1.45m she was riding Dublín V and stopped the clock in this 2 phase class, in just 20.44sec way ahead of Maximilian Lill who is on the German Nations Cup team, here he was riding G.Breaker.  In third place was the Argentinian rider, Matias Larocca with Vodka Star.

In the CSI2* 1.45m class, Laura rode Top Dollar VI to the ‘top spot’ beating the Dutch rider, Sanne Thijssen with No Fear VD Tichelrij Z in this speed class. Third place was the Spanish rider who is on the Nations Cup Team, Eduardo Álvarez Aznar riding Mogambo.

The mixed 6/7yr old class had an Irish top three.  The winner was Ciaran Nallon with I Love You M who not only beat his countryman and Nations Cup team rider, Denis Lynch with Inventa D’Or in to second place,  but also took third with Cara PS.

These are today’s results from the classes that took place before the inundation.  Tomorrow the forecast looks much clearer and there is an intense day of competition planned here at the Autumn Tour.  So join us and watch online as the Nations Cup kicks off at 09:30 and the other 12 classes, including a CSIO3* 1.50m Ranking class, can all be watched on live streaming.