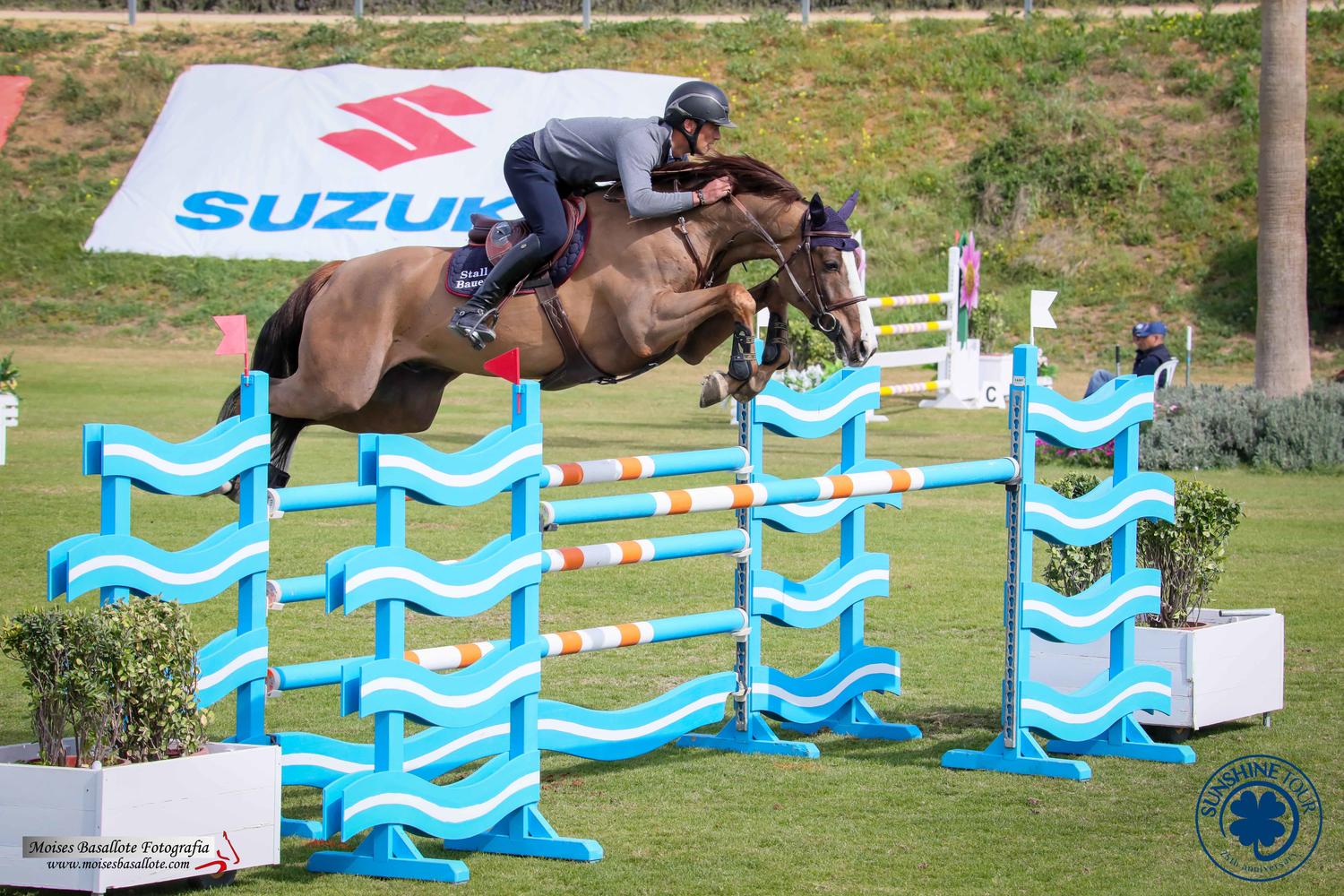 There were 400 Young Horses out competing on this hot sunny day today. Most were aiming for their last clear round to qualify for the Young Horse Finals that are held next week, the last week of this year’s Sunshine Tour.

Victor Bettendorf from Luxembourg, on the 7yr old 7 “Concollon PS” by “Conthargos”, rode the fastest round in his section today and won the class by nearly 4sec. This combination has proved unbeatable in Section A but taking well deserved second and third places was Helmut Schönstetter from Germany with “EIC Cooley Jump the Q” and “Neugschwents Concordia”.

Victor told us: “I have been riding “Concollon” since June last year, he is a great horse. It’s a great shame that I am not going to jump him in the Final as this is our first week here and we don’t have him qualified to compete. However I am very happy with him. Last week at a different show he won the Ranking Class. He is one of the best youngsters that I am riding and although it’s very difficult to predict I think he will turn out to be a great horse for top class competition.”

In Section B of this group the very successful Irish rider Jason Foley, rode the talented KWPN “Ijver” to victory. This gelding is owned by Ellie Guy and by “Vainqueur”. He has had excellent results with Jason here at the Tour.

The 6yr olds jumped on grass today in the Carola ring. The young Dutch rider Kim Emmen won both sections in this class. In Section A she rode “Lady Angeles” by “Los Angeles” beating the British rider Alice Watson with “Cintrix Du Ruisseau” and the French rider, Max Thirouin with “Emirites Z” resp’. In Section B she won with “Rockwell RC” by the famous “Kannan”, beating off another British rider, Miles Pearson on “Justus” and Omer Karaevli on “Obabelute-M”. William Funnell slid in to fourth on the lovely homebred “Billy Bakewell”.

The 5yr olds jumped up in the Milton arena and their times were very competitive in this class. Jude Burgess from Britain flew around on “Pretty Woman Van Loheky” beating off 39 competitors. Section B had 65 horses in it and was won by another British rider Charlie Jones on “Coolnorran Libbalou” who has jumped here 8 times and obtained 4 clears.

Tomorrow the last CSI3* of the Big Tour begins and the Young Horses finish off their week.

You may see the class lists and the starting orders here :